The rooftops of residential buildings alone can account for 46 percent or 635 MW of the city’s total RTSPV, it said. There are some of the major landmarks with huge solar potential. 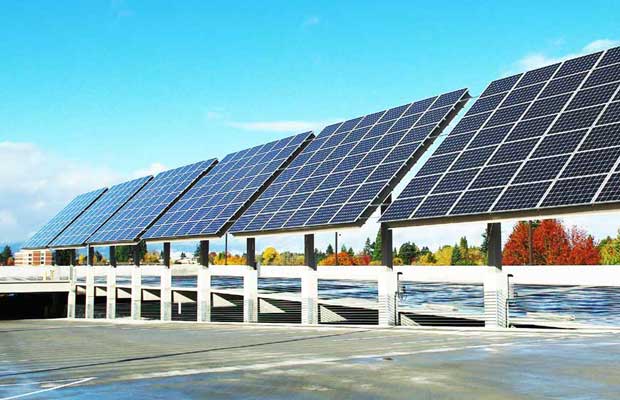 Chennai has the potential to generate around 1380 KW energy through rooftop solar photovoltaic systems. This amount of energy can reduce city’s power demand by 10 per cent and also will help in reducing electricity bills, a study shows.

A study jointly conducted by Greenpeace India and the Gujarat Energy Research and Management Institute (GERMI) titled ‘Rooftop Revolution: Unleashing Chennai’s Rooftop potential’ has found that on an average 3.15MW can easily be generated per square Kilometer of the city through installing rooftop solar panels.

The rooftops of residential buildings alone can account for 46 percent or 635 MW of the city’s total RTSPV, it said. There are some of the major landmarks with huge solar potential. Buildings of the railway station (3.5MW), Metro Station (1.6MW) and airport (0.8MW) are some of them which study has revealed.

Pujarini Sen, Climate and Energy Campaigner, Greenpeace India said “Switching to solar power will not only help Chennai reduce air pollution by bringing down its dependence on coal as a source of power, but also help policy makers, planners and installers in the state contribute to India’s overall rooftop solar PV goal of 40,000 MW by 2022, which is crucial for India’s voluntary contribution to the Paris Agreement”.

“India is in need of a radical change of policies to achieve the ambitious rooftop solar capacity target of 40,000 MW by 2022. He said that as per their estimate, India’s tier I and II cities has the potential to host over 62,000 MW of rooftop solar power, but it would be “foolhardy to assume that the entire potential is realizable”, said Akhilesh Magal, Head of Advisory, Renewable Energy, Environment and Energy Efficiency, Gujarat Energy Research and Management Institute (GERMI).