CFM has partnered up with Ampyr Energy for the development, construction and ownership of 138 MW wind projects located in the state of Karnataka, India. 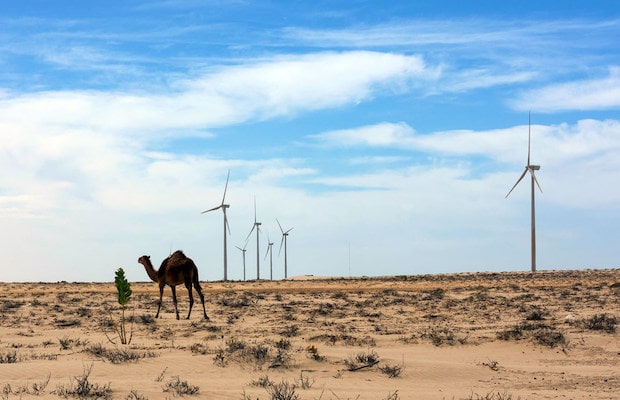 Climate Fund Managers (CFM), the manager of the Climate Investor One (CI1) financing facility, has announced that it has partnered up with renewable energy developer Ampyr Energy for the development, construction and ownership of 138 MW of onshore wind farm projects located in the state of Karnataka, India.

CI1’s Construction Equity Fund has invested USD 32 million for the construction of the 38 MW Balenahalli project, which will be the first project constructed under this partnership. The collaboration makes use of AMPYR Energy’s extensive knowledge of the Indian energy market and CI1’s innovative end to end financing solution.

Nathan Schmidt, Head of Asia at Climate Fund Managers, said “we are extremely pleased to partner with AMPYR Energy on our first wind project in Karnataka. The Ampyr Energy team has an impressive track record of delivering successful renewable energy projects that strongly align with CI1’s key objectives of displacing grid-connected coal-fired power while implementing and promoting superior ESG practices for the project and broader community. The initial project will serve clean power to over 145,000 people.”

The Balenahalli Project will deliver an estimated 149 GWh of clean energy annually and avoid approximately 130,000 tonnes of GHG emissions per year, thus making a contribution to India’s objective to deliver electricity from sustainable sources as expressed in the country’s National Electricity Plan.

Rajkumar Roy, The CEO of Ampyr Energy, said “we are excited about the partnership with CFM as this would help AMPYR Energy showcase it’s best in class institutional governance process and systems for delivering meaningful projects for powering a sustainable future.”

The Climate Investor One (CI1) is the inaugural facility managed by CFM, focused on providing capital to renewable energy projects in developing countries. CI1 has a focus on Africa, South & Southeast Asia, and Latin America, and uses a whole-of-life financing approach intended to reduce implementation timelines. The facility also enjoys support from the EU through its External Investment Plan, a part of its wider commitment to sustainable development and climate change mitigation, as well as cornerstone support from the Ministry of Foreign Affairs of the Netherlands, the Nordic Development Fund (NDF) and USAID’s Power Africa programme.