The basic idea is to review the performance of the installed solar systems and see if it is really being used by people or just lying idle after installation. 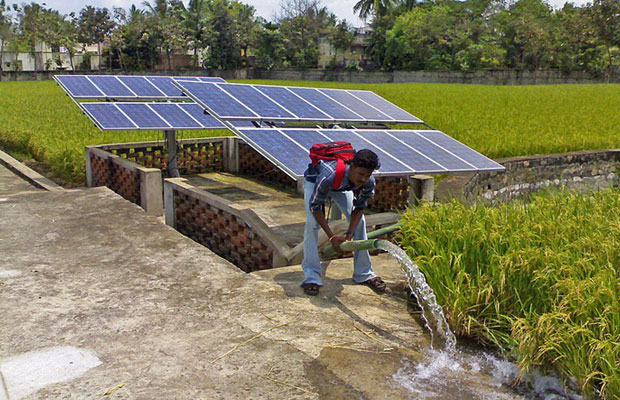 Government of India is planning to assess the technical performance and socio-economic impact of over one lakh solar pumps and more than six lakhs residential solar units installed all over the country during the past five years.

According to a notification, Centre has sought ‘Invitation for Expression of Interest (EOI)’ for conducting technical and performance evaluation and socio-economic impact assessment of solar pumps and solar home lighting systems installed through SNA and NABARD under Off-grid and Decentralised Solar Power Applications Programme.

The basic idea is to review the performance of the installed solar systems and see if it is really being used by people or just lying idle after installation. Solar systems are designed to carry out the task for at least 25 years and if there is no proper maintenance they would not be value for the money.

Government has intended solar pumps and solar lighting systems were aimed at to reduce the consumption of diesel of fossil fuels for power generation mainly in areas where direct grid connectivity is not economical.

According to the programme, the union ministry was providing central financial assistance for deployment of solar pumps and lighting systems. While NABARD is given an assistance of 40 percent of the benchmark cost, the state nodal agencies are given 30 percent central assistance.

The study is likely to help government to strategise future policy for solar energy promotion. About 6,62,777 off grid solar lighting systems and 1,07561 solar pumps have been installed during the past five years through NABARD and SNAs and as of now government has no study available to assess if it has really helped or how much it had helped during the past five years.