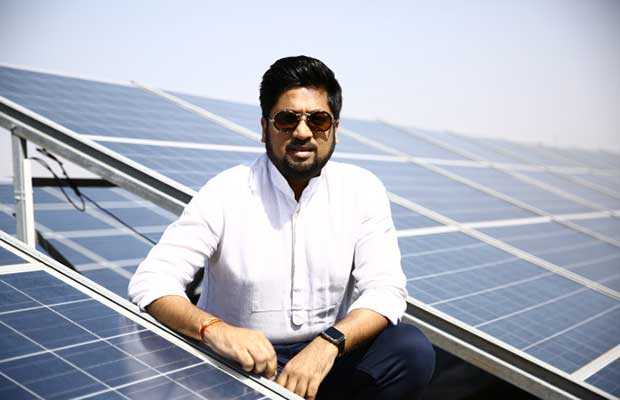 In order to boost the solar energy sector growth, the central government should step up and take valuable decisions to resolve the issues pertaining to policies faced by the domestic industry, as said by a senior executive of Vikram Solar, a leading solar-energy company in the country.

“The norms relating to domestic content regulations need to be re-looked, and the recent proposal by the Directorate General of Safeguards to impose the duty, will have a far-reaching impact on the country’s domestic manufacturing facilities,” said Gyanesh Chaudhary, Chief Executive Officer, Vikram Solar.

“If we take the import for the solar sector, with 70 percent coming from imports from China last year, it had gone up to 80 percent this year. Something has to be done as the domestic sector capacity is not being properly harnessed.” said the CEO while Speaking to BusinessLine.

The industry was an observer to the establishment of a project of around 6 gigawatts (GW) a year ago, is searching for triggers from the government, and some course rectification, to encourage quickening of the division, he added.

Clarifying further, Gyanseh said, the domestic assembling capacity with regards to solar cells is assessed to be 3.2 GW and for solar modules, it is more than 8 GW. The information demonstrates that more than 50-60 percent is lying inactive. The government needs to guarantee this capacity gets used.

“Domestic manufacturers are caught on the wrong foot due to safeguard duty imposed on all solar modules and cells,” said Chaudhary, who is also the General Secretary of the All India Solar Industries Association, and the Chairman of Renewable Energy and Energy Storage Division of IEEMA (India Electrical and Electronics Manufacturers Association).

“These safeguard measures should be used to protect the domestic industry and against dumping.”

The company has crossed EPC installations of over 1 GW and has rated annual manufacturing capacity. “We expect to accelerate the growth provided some of the irritants to the sector are sorted out. This would enable companies in the solar sector to do better and increase capacity utilization and the consider addition of fresh capacity,” said Chaudhary.

A year ago observed some instability in the market because of different advancements and external factors. “However, with the government likely to sort out some of the pending issues and providing triggers from the growth of the market, we expect to see a good year ahead,” he said.