Fair trade regulator CCI has notified that it has approved the formation of the JV between Adani Green Energy Ltd and Total S.A. 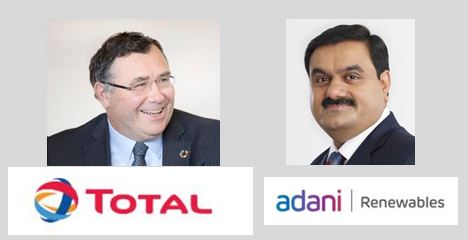 Fair trade regulator CCI has notified that it has approved the formation of the joint venture (JV) between Adani Green Energy Ltd (AGEL) and Total S.A. As per a combination notice filed with the regulator, the proposed combination involves two steps.

Total S.A. is the parent entity of the Total Group, which is an international integrated energy producer with operations in every sector of the oil and gas industry. It is also involved in the renewable energy and power generation sectors, the notice noted. Adani Green Energy and the direct and indirect subsidiaries of the firm are active in the business of power generation through solar energy in India, it added.

The Competition Commission of India (CCI) in a tweet on Wednesday said it “approves formation of the joint venture between Adani Green Energy Ltd and Total S.A., in solar power generation business in India”.

Recently, we had reported that the Board of Directors at AGEL had at its meeting held on March 21, 2020, approved the draft of a joint venture (JV) agreement to be entered into with Total Solar Singapore PTE Limited (Total) and Adani Green Energy Twenty Three Limited. As per the JV agreement the JV company, which is presently a wholly-owned subsidiary of the AGEL, is proposed to house 2,148 MWac of operating solar power projects, presently being owned by the company.

In February, it was reported that the Adani Group had entered into a binding agreement to sell half of its stake in its solar energy assets for about USD 510 million to Total Gas & Power Business Services SAS (Total).