Post commissioning, these plants are expected to fulfill 55% of electricity needs of Alberta provincial government. 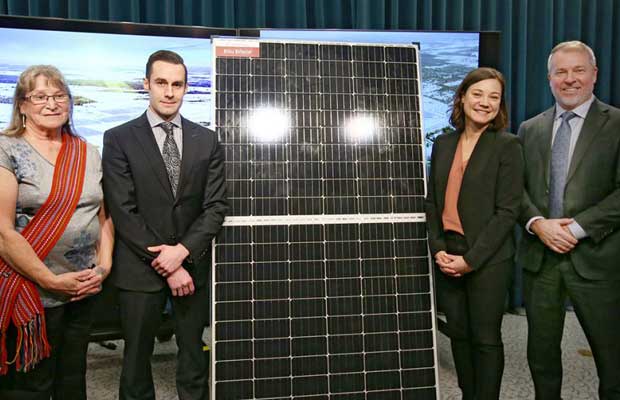 Solar PV modules maker Canadian Solar has won three contracts with Alberta’s Ministry of Infrastructure, for a total of 94 MWp solar power system in Southeast Alberta, with an average contracted PPA price of C$ 48.05 per MWh.

Moreover, in 2019, the contract is likely to be the largest public sector solar energy procurement contract in Canada and the three projects in the contract are Jenner, Tilley, and Hays solar projects.

Post commissioning, these plants are expected to fulfill 55% of electricity needs of Alberta provincial government.

“We are delighted to partner with Conklin Métis Local 193, the indigenous community, who owns a 50-percent equity stake in the Hays, Jenner and Tilley solar projects,” Shawn Qu.

The Conklin Métis are an indigenous community based in the rural hamlet of Conklin, part of the Athabasca Oil Sands region in eastern Alberta.

“This partnership will help us diversify our investment portfolio, and its financial benefits will support key social and economic initiatives within our community. We applaud the Government of Alberta and Canadian Solar for their progressive mentality and look forward to a long-lasting, prosperous relationship,” said Shirley Tremblay, President of the Conklin Métis Local 193.

Once completed in early 2021, these solar plants are expected to generate enough power for more than 20,000 homes.

Meanwhile, the three projects are expected to use bifacial solar panels, which generate up to 20% more energy than standard solar modules on the back of their ability to produce electricity from both their front and back sides.

These modules are particularly well-suited to snowy climatic conditions like Alberta in the winter, as snow will increase reflection of sunlight.