Canadian Solar has announced that its wholly-owned subsidiary Recurrent Energy has signed a PPA with oil and gas pipeline company, Energy Transfer. 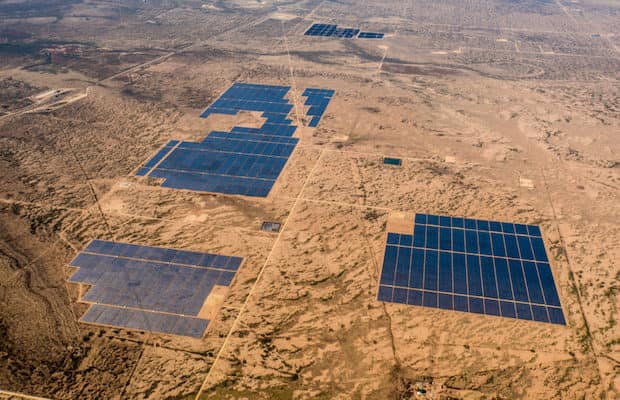 “Corporations are increasingly purchasing solar energy for a variety of reasons—sometimes environmental—but the cost is always a key consideration. Insiders of the renewable energy industry know well that solar PPAs often help corporations lock in low-cost electricity prices to power their operations. However, it is rewarding in 2019 to also see valued partners from the traditional energy sector like Energy Transfer view a purchase of electricity from high quality Canadian Solar assets like the Maplewood 2 project as a financially sensible decision,” said Dr. Shawn Qu, chairman at Canadian Solar. “We are honoured to partner with our respected colleagues at Energy Transfer on this marquee transaction.”

The 40 MW/28 MWac power contract signed with Energy Transfer for solar energy from the Maplewood 2 project has a duration of 15 years. The project is located in Pecos County in the Permian Basin of West Texas along with the Maplewood project. In total, the Maplewood and Maplewood 2 projects will power 62,000 homes with clean electricity once operational by 2021. Canadian Solar’s high-efficiency poly modules are likely to be used for the projects.

Recurrent Energy is in the early stages of seeking potential equity partners on the Maplewood project portfolio that includes Maplewood and Maplewood 2. The. Company has also recently signed electricity contracts with other C&I customers including, San Francisco Bay Area Rapid Transit, a leading Silicon Valley university.

In May, Recurrent Energy sold its equity stake in the 134 MW Mustang solar project to the Renewable Power Group of Goldman Sachs Asset Management, L.P. This transaction completed Recurrent Energy’s sale of equity stakes in the 973 MW portfolio of California solar projects that came online in 2016. The company expects to recognise the sales revenue from Mustang in the second quarter of 2019.