The transaction was closed in December 2018 and the Company expects to recognize the majority of the revenue from the sale of the projects. 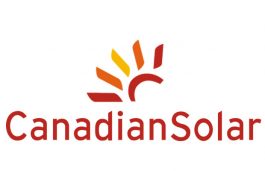 Canadian Solar has announced that it has completed the sale of its 18 MW portfolio of PMGD solar power projects in Chile to Sonnedix.

The transaction was closed in December 2018 and the Company expects to recognize the majority of the revenue from the sale of the projects for the fourth quarter of 2018.

The projects, located in Maule and O’Higgins Regions, and developed under the country’s Small Distributed Generation Means scheme “PMGD”, are expected to commence construction imminently in January and reach commercial operation in the second quarter of 2019.

Canadian Solar will supply 48,600 CS3U-MS KuMax Mono PERC 375W modules to the projects, and once completed, the plants will generate approximately 35,520 MWh of electricity per year.

“The sale of our PMGD portfolio in Chile is another demonstration of the continuing success of Canadian Solar’s project development business in Latin America,” said Dr. Shawn Qu, Chairman and Chief Executive Officer of Canadian Solar.

He further added that, “These are our first solar projects in Chile and their successful development and sale underscore our ability and commitment to expanding our presence in the major solar markets in the region,”

Founded in 2001 in Canada, Canadian Solar is one of the world’s largest and foremost solar power companies. In the past 17 years, Canadian Solar has successfully delivered over 30 GW of premium quality modules to over 150 countries around the world.