Canadian Solar has been awarded a 51.1 MW solar PV project in the Sixth Federal Energy Auction (A-4) held in Brazil. 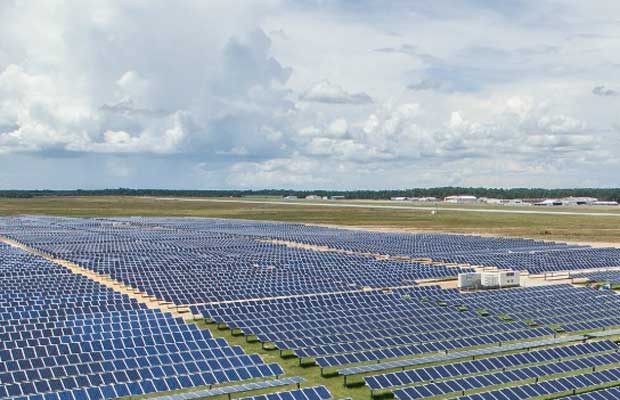 Canadian Solar, one of the world’s largest solar power companies, has announced that it has been awarded a 51.1 MW solar photovoltaic (PV) project in the Sixth Federal Energy Auction (A-4) held in Brazil on June 28, 2019.

Canadian Solar will develop and build the project located in the State of Minas Gerais. With the construction of the solar project scheduled to begin in early 2021, and the plant expected to reach commercial operation before January 2023.

This project will use the company’s latest high-efficiency bifacial poly modules, capable of generating power from both sides of a module, and thus significantly boost the power output from a solar power system. Approximately 130,000 BiHiKu modules will be installed, and each module output will exceed 400 W.

Once in operation, the solar power plant will generate approximately 107,748 MWh of electricity annually. 50% of the electricity generated will be purchased by two utilities under the two awarded 20-year power purchase agreements (PPAs), with an average contracted price of 73.60 BRL/MWh, or approximately US$19.37/MWh, and the other 50% will be purchased under a long-term private PPA.

Dr. Shawn Qu, chairman of Canadian Solar said, “We are proud to be the only company that has been successful in winning projects in all six federal energy auctions held to date in Brazil. It shows our long-term commitment to solar in Brazil and to initiate the investment in mix-models with revenues coming from both regulated and free markets.”

Recently, the company announced that it achieved commercial operation on its first third-party EPC project in Vietnam for the 15 MW Chu Ngoc solar project. The solar plant will produce enough electricity to meet the needs of more than 3,800 homes and displace nearly 8,000 tonnes of carbon dioxide emissions annually.

In  June, the manufacturer announced that it has signed a module contract with the global solar power company Solarcentury to supply 500 MW modules to Solarcentury’s two projects ‘Cabrera’ (200 MW) and ‘Talayuela Solar’ (300 MW) in Spain.