Back in 2017, when Tesla set out to make the 129 MW lithium ion based battery installation in Australia at the Hornsdale Wind Farm, many people scoffed at its usefulness. However, it proved its role as a load balancer to stabilize the grid in case of sudden drops in power generation elsewhere. 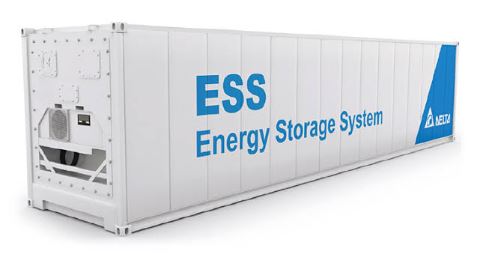 So much so that the French renewables firm that runs the plant has contracted Tesla to expand capacity at Hornsdale Power Reserve to 150 megawatts. The Australian government has pledged up to A$72m in grants and loans to support the expansion.

Hornsdale has the capacity to supply about 30,000 homes for one hour.  The operator claims that the battery saved consumers A$50m in its first year of operation and that those savings would grow when the expansion is completed this year.

It said the facility would become the first large-scale battery in Australia to provide inertia and fast frequency services — important elements needed to maintain grid stability — to the national electricity network.

The news from Western Rajasthan is that in Jaisalmer region, where the  total installed wind power capacity is 3933.52 MW and solar energy production is 113 MW, production has delivered a surplus over consumption for the 10th consecutive year.

in fact, the Jaisalmer Wind Park  is among India’s largest operational onshore wind farms today. This project, originally developed by Suzlon Energy, was initiated in August 2001.

That, and subsequent installations have clearly delivered on their promise. “On an average, the windmills generate 25 to 30 percent of the total installed capacity,” a discom official said. Current installed wind capacity is over 3900 MW, while solar Capacity is close to 115 MW.

Solar Power took off only from 2015 onwards, as prices started moving down, and transmission infrastructure improved. At current rates, solar has become attractive enough to make Rajasthan a front runner state for capacity addition for the next few years.

Not only would this be a green move, it would also make sense to consumer renewable power produced locally, as it reduces further transmission and distribution losses, not to mention possible curtailment when production is too high for the grid to take.

At the current consumption of 130-140 MW’s in Jaisalmer region, experts opine that even a 30MW storage facility might be enough to ensure power at all times for the region. The facility could also support further development of solar hybrid models such as the ‘agri-voltaic’ model developed by the Central Arid Zone Research Institute  , which have had some success in combining solar energy production with agriculture, sustainably.

The key aspect being to use and harvest the water in solar panel cleaning for agricultural activities on the same plot of land.  With surrounding districts of Bikaner and Barmer also producing energy on their own now, there is an even stronger case for the region to consider a battery storage option. The giant oil extraction facilities of Vedanta Limited owned Cairn India in Barmer, now India’s largest single private sector oil extraction site, could handily contribute to such a mission from its CSR funds possibly.

Here’s hoping that relevant stakeholders will look at making the region an even bigger part of the map by placing India’s largest storage battery there, and looking at making all of Western Rajasthan, self sustained and  free of fossil fuel electricity soon.