Imagine China, the world’s top emitter of carbon emissions, which in 2019 released nearly double the emissions of the US which has barely any coal power plants. Now imagine it with zero gasoline-powered cars, and with more than four times the 1,200 gigawatts of solar and wind power capacity installed across the world today.

This could be a reality by mid-century if China travels down the path laid down by its President, Xi Jinping. At the United Nations General Assembly on September 22, 2020, Xi had announced that China will strive to be “carbon neutral” by 2060. Going carbon neutral means that China would remove the same amount of carbon it’s emitting into the atmosphere to achieve net-zero carbon emissions. So, by 2060, China would theoretically only use clean energy sources and capture or offset any remaining emissions. That will take some mighty efforts from the dragon indeed.

A study by Bloomberg claims that the accelerated electrification of final energy use in sectors such as industry and road vehicles, coupled with accelerated deployment of renewables, can be a direct option for China to reach its goal.

China is the world’s largest carbon emitter, accounting for 28 percent of global emissions followed by USA, India, Russian Federation and Japan at 15 percent, 7 percent, 5 percent and 3 percent respectively. (2018 figures) China’s path toward carbon neutrality will be no small feat as its energy demand and emissions are still rising. 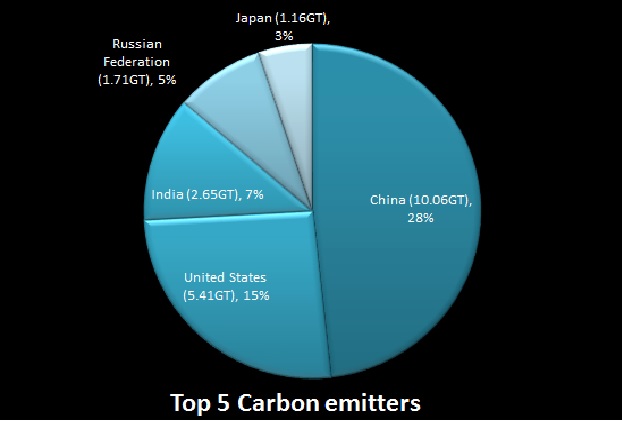 As per the data available in public domain  around 90 percent of China’s emissions come from electricity and heat production, industry, and transport. China can reach peak emissions early and increase the speed of reductions thereafter by accelerating decarbonization of the electricity system and electrifying more of the energy demand from road transport and industry. As it turns out , it does seem to be on that path, although its race to peak emissions is bound to cause a lot of heartburn along the way.

BNEF expects China to reach peak emissions before 2030 from all the major emitting sectors, without any new policy changes. Industry emissions peaked in 2012 and have been on the decline due to increased material recycling, improved energy efficiency and coal-to-gas switching. Emissions from electricity and heat production as well as the transport sectors have yet to peak.

Thus, for road transport, China is already leading the world in the volume of EV’s. By 2050, under Economic Transition Scenario which is an economics-led scenario that employs a combination of near-term market analysis, least-cost modelling, consumer uptake and trend-based analysis to describe the deployment and diffusion of commercially available technologies, China’s fleet of two-wheelers, cars, light commercial vehicles and buses are already mostly electrified.

Under the Accelerated Transition Scenario, which considers a higher rate of direct electrification in road transport, buildings and industry, combined with increased uptake of zero-emission electricity supply, the assumption is that the remainder of road vehicles are almost all electrified, with selected segments such as long-haul heavy-duty commercial vehicles relying on hydrogen. The industrial sector in China accounts for 64% of China’s final energy demand. China’s industrial carbon emissions have been declining since 2012, but industrial sectors still accounted for over a quarter of total emissions, or 2.6 gigatons of CO2 equivalent, in 2018.

STMicroelectronics to be Carbon Neutral by 2027
Also Read

The manufacturing of steel, nonferrous metals like aluminum and copper, chemicals and cement are the biggest emitters. The 14% decline of carbon emissions from industrials from 2012 to 2018 was primarily driven by increased efficiency and, to a lesser extent, coal-to-gas switching. The use of natural gas by other industrial applications and increase in the usage of recycled materials is considered as a good move for the country.

China experienced strong growth in renewable energy generation capacity in the first half of the year 2020, according to data from the National Energy Administration.

By the end of 2020, renewable energy will generate 1.9 trillion kilowatt-hours of electricity, which represents 27 percent of the country’s total power generation, according to the government’s 2016-2020 renewable energy plan.

There is an importance as well as need of renewable energy technologies in China to meet its goal of becoming carbon neutral by 2060 and for that few of the challenges and ideas need to be looked at such as Zero-carbon dispatchable solution and more.

China already has the lowest cost of electrolyzers in the world the equipment used to split water into oxygen and hydrogen. The country already has the largest fuel-cell bus and commercial vehicle market in the world. China needs to consider policies supporting the use of hydrogen for sectors that are hard to decarbonize, such as steel and cement.

The 2060 goal of China becoming ‘Carbon Neutral’ may be considered an ambitious goal but surprisingly it is not quite the pie in the sky that many skeptics have assumed it to be.