We would be able to implement the scheme in first half of this fiscal, says Anand Kumar. 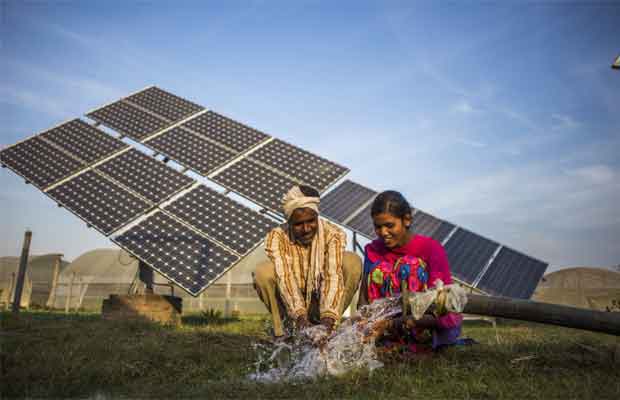 The KUSUM scheme may soon get the Cabinet nod by this month end and will be rolled out in the first half this fiscal, a senior official said.

On the launch of TERI year book, New and Renewable Energy Secretary Anand Kumar said, “The KUSUM (Kisan Urja Suraksha Evam Utthaan Mahaabhiyan) Scheme is likely to be placed before Union Cabinet for consideration and approval by this month end. We would be able to implement the scheme in first half of this fiscal.”

He said that under the revised draft of the scheme to be placed before the Cabinet, the amount of central government assistance has been enhanced from earlier proposal.

Under the scheme, the government plans to incentivise farmers to run solar farm water pumps and use barren land for generating power for extra income — up to Rs 60,000 per acre every year.

At present, farmers earn about Rs 30,000 per acre annually from conventional wheat and paddy rotation, after deducting input costs.

As per the initial proposal the total cost of the capacities under this scheme was estimated at Rs 1.4 lakh crore.

The Centre’s contribution was proposed at Rs 48,000 crore under the scheme to aid total solar power generation capacity of 28,250 MW over the next 10 years.

Talking about the government’s ambition of having 40% of the energy mix from non-fossil fuels, Kumar said that India would have half of the installed power generation capacity from non-fossils or renewables like solar, wind and hydro.

Apart from 175 GW renewable energy target from sources including solar, wind and hydro, 10 GW each would come from offshore wind power and floating solar project taking the total clean energy capacity to 195 GW by 2022, he said.

Tags: KUSUM, KUSUM Scheme, Solar
"Want to be featured here or have news to share? Write to info[at]saurenergy.com