Budget 2018: Reactions From the Solar Industry

Jaitley in his budget 2018 speech proposed that the duty on solar tempered glass or solar tempered [anti-reflective coated] glass for the manufacture of solar cells, panels, modules be reduced from 5 percent to zero. 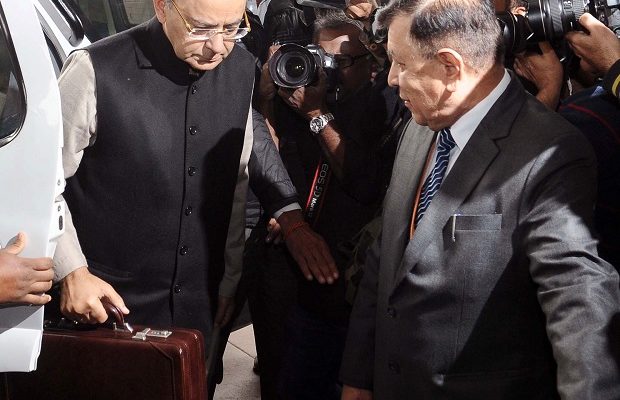 The Budget 2018 presented by Finance Minister Arun Jaitley has proposed to eliminate the import duty on components that make up solar panels.

Jaitley in his budget speech proposed that the duty on solar tempered glass or solar tempered [anti-reflective coated] glass for the manufacture of solar cells, panels, modules be reduced from 5 percent to zero.

This move is seen as the positive development and a huge relief for domestic solar panel manufacturers. “The government will take necessary measures and encourage State Governments to put in place a mechanism that their surplus solar power is purchased by the distribution companies or licensees at reasonably remunerative rates,” Jaitley said.

Here are  some excerpts from the industry post-budget:

“Announcing the budget 2018 today Honorable Finance minister has made a welcomed move by stressing on building a strong infrastructure both for Roadways, Railways, and Smart Cities. Which we are sure will include Electric Transportation and optimal electrification of the railways. As part of the Smart Cities, Energy Storage and microgrids will play a vital role. Improving power quality and reliability is the backbone for effective implementation.”

“Govt. increased the allocation money under FAME scheme but its non-ambitious goals of 100% EV’s by 2030 is minimal. We are looking forward to the National Energy Storage mission which should lay out more specifics about EV’s. This is a good start, but we expect lot more clarity & initiatives from Govt for 100% electrification targets.”

“The continued support for Make In India in areas including defense will create additional opportunities for the sector. We can see a lot of opportunities in storage integration like for diesel cost minimization, armed forces & similar opportunities can help the government to save more money by adopting these technologies.”

“On the other hand,  increased customs duty on electronic items is a matter of concern. IESA’s priority is right now on increasing domestic demand where the upfront cost is definitely a concern as a number of products the domestic manufacturing is not available. Detailed studies are in progress to see the implications pertaining to storage sector although the budget 2018 doesn’t mention additional customs duties. Increase in customs duty will create hurdle in market adaption.”

“Modi government has taken up a huge task of providing universal access of energy to the poorest of poor. Saubhagya target of 4 crore electricity connections and 8 crore gas LPG connection under Ujjwala are going to transform the socio-economic landscape of India”

“Cut in excise duty sends a clear signal that government wants the consumers not to pay beyond these levels of retail prices and also the retail price oil de-regulation is here to stay. This sends a strong signal to investors that Modi government’s reform measures are long term and here to stay.”

“So eventually the ‘election year’ has taken the shine away from the ‘Sun’. It is disappointing to see that the solar energy sector has been ignored in this budget 2018. It was much awaited that the Finance Minister would clear the government’s view on customs duty on solar cells and modules, but that has not materialized. Overall, with its overriding focus on farmers, the budget is expected to give a boost to rural consumption which in turn will help India achieve its much higher GDP forecasts for the next year.”

“With a thrust on smart cities and identification of 99 cities under the ambitious Smart city mission will give a major boost to the clean energy sector as Smart Cities have a large component of Renewable Energy.

Smart Cities Mission aims at building 100 smart cities with state-of-the-art amenities that incorporate renewable and natural resources with great emphasis. It is a clear indication that the focus on ‘green energy’ is one of the top priorities of the government. It will also boost the solar rooftop industry.

These cities will be enabled by various projects like Smart Command and Control Centre, Smart Roads, Solar Rooftops, Intelligent Transport Systems, Smart Parks. Projects worth `2350 crore have been completed and works of `20,852 crores are in progress. We expect will create a platform for the Supervisory control and data acquisition (SCADA) industry as well.

With the aim – ‘Power for All,’ the government is determined to not leave any stone unturned in its target of meeting 100% electrification by 2018 as in the budget, it has been announced that there will be an increase of 35% of expenditure allocation to rural electrification schemes.

We are happy that government has highlighted the benefits and advantages of solar-generated power and has acknowledged its practicality. The budget 2018 has announced the second phase of solar development of another 20,000 MW that will surely prove to be a major push for India to be one of the leaders in the global solar industry. Besides their commercial and individual uses, solar power has also been beneficial to Indian Railways as well as the peripheral railway infrastructure will be solarised.

In the rural areas too, farmers are switching to use of solar power for pumping and irrigation purposes. In the Budget, Government has also taken appropriate measures to encourage the initiative and has announced that the State Governments will formulate a mechanism where the distribution companies or licensees will purchase the farmers’ surplus solar power at the reasonable remunerative rate.

We welcome the budget 2018 ! It is a people focus budget. When our honorable finance minister Arun Jaitley announced the series of measures in Budget 2018 -19 to promote clean energy, access to power and energy security, we as a company are looking forward to its future scope.

EAPL would be supporting Jaitley’s initiative of full electrification on providing electrical connection to nearly 4 crore poor households under Saubhagya Yojana. Also, with the announcement of promoting electric vehicles, the center may lower GST and pass benefits to buyers, will give a major impetus to the shift to clean energy.

However, in the renewable energy sector, there are a number of policy decisions related to import duties and domestic manufacturing, which needed to be addressed to further boost the sector. Also, achieving the target of 175 GW of renewable energy capacity and generating it by 2022 requires a lot more to be done than simply increasing the budgetary allocation.