According to industry experts, the imposition will not only increase the tariff by almost Re 1 but it will put the projects under execution in deep trouble resulting in making them unviable, turning them into non-performing assets. 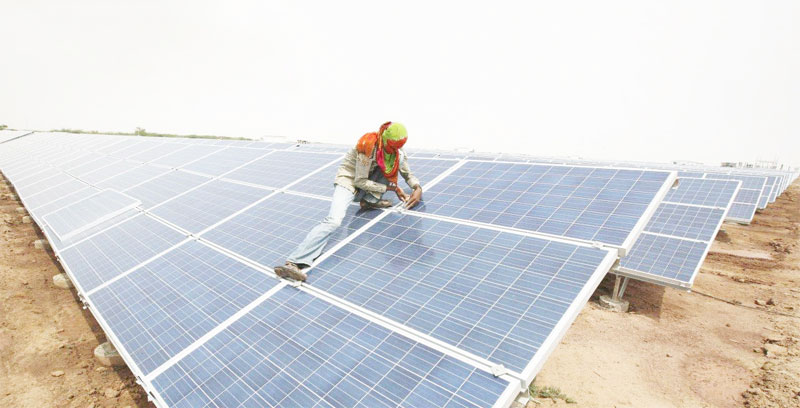 With the proposed imposition of 70 percent safeguard duty on import of solar power equipment and concerned about the future of industry, sector experts are expecting some breather from the Union Budget 2018-19.

According to industry experts, the imposition will not only increase the tariff by almost Re 1 but it will put the projects under execution in deep trouble resulting in making them unviable, turning them into non-performing assets.

The industry estimated, nearly 3000-4000 MW of solar projects worth over Rs 15,000 crore are at high risk, especially when solar cells and modules that account for 60 per cent of the total project cost are either in transit or have been tied-up for.

Kuldeep Jain, Managing Director of CleanMax, said, “The sudden imposition of the duty will put a number of projects that are currently under various stages of development under risk in the near term. More than 10,000 MW of capacity is imported annually and this duty will adversely impact the project’s viability.”

According to Crisil, the projects auctioned in last year were bidded at low tariffs, so any rise in equipment cost after the safeguard duty would crimp the cushion that developers have to service debt.

Subodh Rai, Senior Director of Crisil Ratings, said, “The proposed 70 percent safeguard duty will also inflate project costs by 25 percent and crank up viable tariff to Rs 3.75 per unit from around Rs 3 estimated earlier, making solar power less attractive to discoms. That would also be more than the average power purchase cost of 10 out of 14last fiscal.”

“The imports from countries like China, which is around 80 per cent, needs to be curbed, but it is important to see the projects are not affected due to the unreasonably high duty,” said Shekhar Singal, Solar solutions provider Eastman Auto and Power Managing Director Shekhar Singal.

The Indian Electrical and Electronic Manufacturing Association (IEEMA), said that imposing safeguard duties in current form, which applies to manufacturers based in SEZ units, would be counter-productive and will lead to increase in cost of power without any positive impact on the domestic manufacturing industry.

“Under the Customs laws, SEZ units are considered to be outside Indian Customs territories and goods manufactured in SEZ, if sold in India, are considered to be exports under Customs laws. So the purpose of imposing the duty to protect domestic industry from goods which are being dumped at below market prices is yielding counterproductive results in the case domestic manufacturers situated on SEZs safeguard,” it said.