Brijesh Pathak: UP To Set Up 10,700MW Solar Plants in Five Years

The Uttar Pradesh Solar Power Policy 2017 targets usage of 10,700 MW of framework associated solar power extends before the finish of 2022. 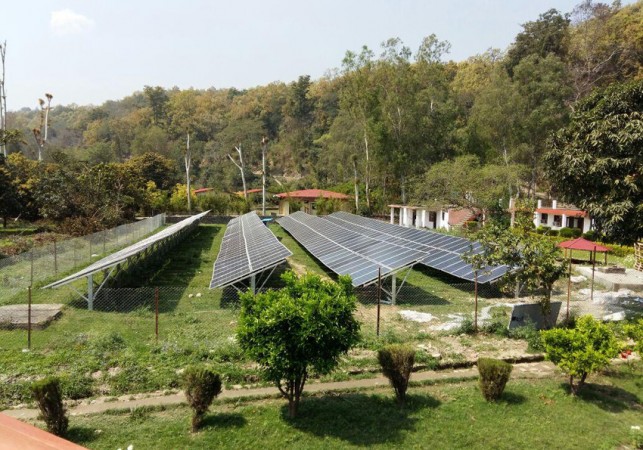 “We have decided to install some 6,000 solar power plants in the state (for this purpose), and also harness solar energy through solar rooftops … I am confident that the intensity of interest evinced by the stakeholders will definitely help the department become the number one department in the entire country,”  told Pathak.

Uttar Pradesh has a sunlight based vitality capability of 22,300MW, which the state plans to saddle to meet the solar power generation focus of 10,700MW settled by Union Ministry of New and Renewable Energy (MNRE), he said in a meeting.

“As far back as the development of the division of new and sustainable power source (Vaikalpik Urja Vibhaag) in 1985, no consideration was paid to it. The office was constantly considered as a vaikalpik (discretionary) one.

“Ever since the formation of the department of new and renewable energy (Vaikalpik Urja Vibhaag) in 1985, no attention was paid to it. The department was always considered as a vaikalpik (optional) one.

“But, now after the formation of the Yogi Adityanath government in Uttar Pradesh, the department has started getting its due importance, and we have already announced our new policy,” Pathak said.

In a noteworthy alleviation to solar energy consumers, the minister stated, “in the event that anybody introduces solar rooftop panels to create power, at that point he has been exempted from taking a no-complaint testament. The prior training was that authorities of energy security directorate would review and afterward give the NOC. We have finished the monitor raj.”

The minister guaranteed that solar panels have been intended to give continuous energy to 25 years and engaged individuals to buy such panels for getting a charge out of continuous power supply.

“We are not considering solar energy as an optional source of energy, but rather as one of the mainstream sources of energy,” he said. Something else which has been finished by this administration is that the specialists will give transmission lines up to 15 kilometers from solar power plants of 50-150MW limit, considering the way that transmission is an expensive undertaking for ordinary citizens to tolerate, he added.

The Uttar Pradesh Solar Power Policy 2017 targets usage of 10,700 MW of framework associated solar power extends before the finish of 2022.

Of the aggregate limit, 4,300 MW is focused to be accomplished through the arrangement of network associated housetop ventures, and 6,400 MW through ground-mounted utility scale control projects.

Supported by the effective execution of sun based undertakings in states like Karnataka and Gujarat, the Uttar Pradesh government drove by boss clergyman Yogi Adityanath welcomed offers for 100 MW of solar power extends by March. The offers are for projects on open access premise to be set up in the Bundelkhand locale.

The three organizations have proposed venture to the tune of over Rs 50 billion (Rs 5,000 crore) in this space. Under the new UP solar energy arrangement 2017, the Yogi Adityanath government is looking at private speculation of Rs 50 billion and achieving solar energy limit of 10,700 megawatts (MW) throughout the following 4-5 years.

As per sources, the notice of comprehension (MoU) for the proposed speculation could be marked amid the prospective mega “UP Investors Summit” on February 21-22.

UP principal secretary energy and additional energy resources Alok Kumar said of the targetted 10,700 MW of solar energy limit by 2022, around 6,400 MW would involve setting up of utility-scale solar power projects, which bolster specifically to the network under power purchase agreement (PPA).

In the meantime, more than 40 organizations, including all the marquee names, have taken an interest in the levy based e-offering for the obtainment of 1,000 MW of solar energy, accordingly giving a noteworthy lift to the UP energy office.

Prior, UP New and Renewable Energy Development Agency (UPNEDA), the nodal state office for solar power, had on January 8 welcomed e-offers for the obtainment of 1,000 MW of solar energy.

Under the new arrangement, the Adityanath government would likewise set up an activity intend to build up an environmentally friendly power vitality passage in the bone-dry Bundelkhand area at a venture of about Rs 40 billion, which would be somewhat financed by the Center.

Bundelkhand is perfect for solar since it is bottomless in the infertile land to set up new plants. The setting up of solar energy units would not just give a noteworthy financial fillip in the area yet, in addition, make business chances to stop the relocation of youth, Pathak said.

The new ventures being set up in Bundelkhand would likewise get nearly less expensive power from the solar power plants to support industrialization.

As an additional motivation, the new arrangement permits speculators the office of open access to pitch energy to an individual or institutional purchasers inside or outside the state. This was confined to the past arrangement structure and they should bolster the whole energy created by UP Power Corporation Limited (UPPCL) network.