We have had talks with a few solar project developers. The corporation has also written to Bescom and Karnataka Electricity Regulatory Commission (KERC). 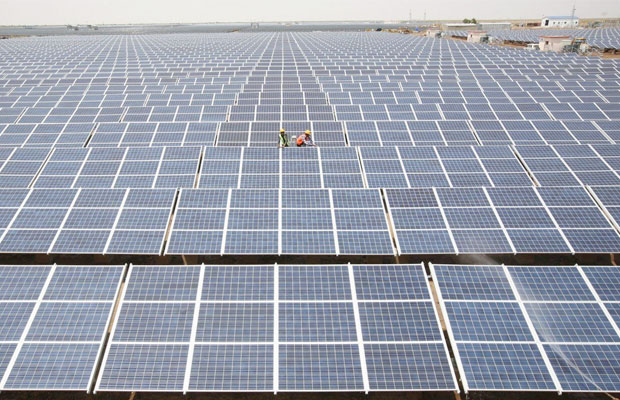 In order to create a new revenue model and continuing with its core business of running public transport, Bengaluru Metropolitan Transport Corporation (BMTC) is contemplating to generate solar power.

In the city of Bengaluru, the BMTC owns over 1000 acres of land. Most of this land remains vacant throughout the year. Although it would be against the company’s policy to use the land for some other purpose than its core business of running public transport, the utility is bringing in new policies to save the land from encroachment and at the same time generate revenue from it.

BMTC MD V Ponnuraj confirmed that the corporation is contemplating the proposal of putting up solar plants on some of its vacant land. “We have had talks with a few solar project developers. The corporation has also written to Bescom and Karnataka Electricity Regulatory Commission (KERC). We will talk to all stakeholders and plan the next course of action,” he said.

The BMTC has been looking at various avenues to raise funds in order to keep the organization self-sustainable. Another BMTC official said solar project developers are expecting a 20-year agreement, something the corporation is not in favor of. “Solar power tariffs have dropped substantially over the years and chances of them falling further are high. We have to be cautious before finalizing the terms and conditions,” he said.

Upendra Tripathy, the IAS officer credited with turning the BMTC into a profit-making public transport corporation in the country, had invested the surplus in purchasing large parcels of land during his term as managing director during 2003-2008. While some of the land is being used for constructing depots and terminals, the remaining is mostly unused.

Currently, the transport utility has around 1,065 acres in 231 places across the city. Among them, the corporation owns not less than 10 acres of land each in places like Shantinagar, Yeshwantpur, Yelahanka, Mandur, Kadugodi and Byalakere. The other challenge for the BMTC is to protect these lands from encroachers.