The Solar cell is believed to have converted more than 25 percent of the sun’s energy into electrical power in the category of perovskite-CIGS tandem solar cell. 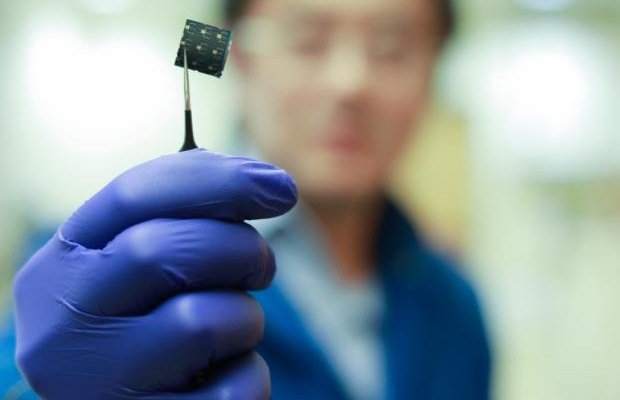 Material scientists from UCLA Samueli School of Engineering have developed a double-layered thin film solar cell that has set efficiency records in generating power from sunlight.

The device is made by spraying a thin layer of perovskite — an inexpensive compound of lead and iodine that has been shown to be very efficient at capturing energy from sunlight — onto a commercially available solar module.

Moreover, the solar cell is recorded to have converted more than 25 percent of the solar energy into electrical power in the category of perovskite-CIGS tandem solar cell.

Significantly, the performance was confirmed in independent tests at the U.S. Department of Energy’s National Renewable Energy Laboratory which testifies the successful development of next generation solar cells.

Further, the efficiency of UCLA’s device is similar to that of the poly-silicon cells that currently dominate the photovoltaic solar market.

Additionally, the solar milestone research by the premium engineering institute is also supported by the National Science Foundation and the Air Force Office of Scientific Research.

Tags: International, Research, Solar Cells, Solar Energy
"Want to be featured here or have news to share? Write to info[at]saurenergy.com