The city consumes more than 50 percent of the power generated in Karnataka and the demand is growing by the day. To meet the demand, which is surging sharply, the Bangalore Electricity Supply Company (Bescom) has turned to tap solar energy in a big way. 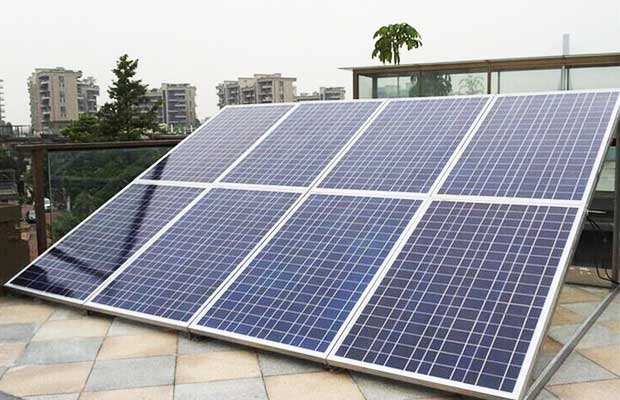 After the world’s largest solar plant in Pavagada was commissioned the city of Bengaluru is sustained with surplus power. Although the city has faced some of the worst power crises in the past, it now boosts about boosts about its capacity.

The city consumes more than 50 percent of the power generated in Karnataka and the demand is growing by the day. To meet the demand, which is surging sharply, the Bangalore Electricity Supply Company (Bescom) has turned to tap solar energy in a big way.

By 2021-22 the Bescom hopes to generate at least 1 GW of power from solar energy to meet the rising demand. In a recent study in which Light Detection and Ranging (LiDAR) technology was used it found that Bangalore has potential of generating up to 1 GW of solar power from rooftop installations.

Rajendra Cholan, Managing Director, Bescom said, “A survey was done and reports have been submitted. But it should not remain in files just like any other survey. We want to exploit all potential as revealed by the survey.

He further added “It would only be possible only when we form a feasible module which can be implemented across the city. A high-level committee of experts has been constituted to arrive at consensus in evolving this module.”

“CSTEP is also part of this. The Bescom has also suggested some of the modules. Once the plan is ready, we will systematically implement in a phased manner,” Cholan said.

The authorities are mulling multiple options which can be implemented accordingly. “The first idea is to invite individuals to invest in the project on their own and enter into power purchase agreement. The second option will be to allow property owners to rent their spaces so that interested can set up solar panels with a suitable revenue model,” Cholan said.

“The other option would be to offer individuals with a loan by holding talks with the banks and thereby get maximum participation. We have suggested these models as some of the possibilities,” he added.

It was few months ago when Bescom in collaboration with Karnataka Renewable Energy Development Ltd (KREDL) and Centre for Study of Science Technology and Policy (CSTEP) and other agencies, carried an aerial survey mapping the roof-top potential of the IT city.