As the energy transition picks pace, traditional energy firms worldwide have struggled to adapt. While the fossil fuel global majors have barely done a little better than actually resisting change, some others have been adapting, quietly. Be it India’s thermal giant NTPC with its plan to add 10 GW renewables generation capacity by 2024, or even the Adani Group, which hopes to be at 18 GW of renewables capacity by 2025.

China, the epicentre of the huge upheavals, especially in renewable energy, thanks to its pre-eminent role as a global manufacturer, has also seen its state firms learn to adapt. And none exemplifies this better than SPIC, or the State Power Investment Corporation Limited. Among China’s top 5 electricity producers, SPIC has used one of its many subsidiaries, HHDC, or the Huanghe Hydropower Development Co to build on its access to capital, scale and alignment with national goals. HHDC today is a firm with a target to reach 21GW by the end of 2020, and by 2025- 25GW  of clean power. 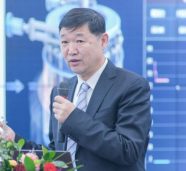 Based in China’s Qinghai province, one of the largest province by area in China, with vast swathes of empty land, three of the biggest rivers in the country (Yangtze, Lancang, and Yellow river), the province was a natural fit for generating the energy, especially Hydropower, that was needed to power China. Now, with its new thrust into renewable energy, especially solar power, the Chairman of HHDC,Xie Xiaoping is not joking when he says Qinghai could power all China, if one goes by the potential it has.

Despite it’s high altitude, that gives it a long, cold winter with temperatures dropping below zero for long periods, Qinghai is also blessed with abundant sunshine. The land, the temperature extremes, and the sunshine makes it an ideal ground for building the next generation of solar plants. HHDC has been quick to take advantage.

By 2019, HHDC’s total installed capacity was at 17.95GW, of which 93% was clean energy. Along the way, it has notched up an impressive array of firsts to its credit. One of which has been its adoption of bifacial modules at its newest PV plants.

The world’s largest 200MW single PV plant built in Golmud in 2011, the world’s largest hydro-PV hybrid plant – the 850MW LongYangXia plant built in 2014 – and the 100MW national-level solar power demonstration base in 2016. The demonstration base, where it partners other global scale Chinese firms besides majors like DuPont has become a particularly vital source for next gen solar innovations and testing. HHDC was also an early user of the  n-type and PERC bifacial modules with single axis horizontal trackers. Its partners for joint research is a who’s who of global and China based research institutes and universities. The base provides test data for global photovoltaic industry design, construction, equipment manufacturing, research and development, specification preparation, as well as investment return analysis, providing technology support for a relentless focus on reducing costs, increasing efficiency. One of those findings has been the vote for single axis trackers on mounting structures, with single-axis delivering upto 17.5% higher generation.

HHDC Across The PV Chain

Out of these harsh testing conditions came the 385 W, 72 cell bifacial module, TOPcon , with a claimed efficiency of 22.25 percent. A tie-up with DuPont saw the launch of a  transparent backsheet bifacial module in 2018. HHDC has its own plant in Xi’an, in nearby Shaanxi province, where production has started.

HHDC started to use bifacial modules in power plants on a large scale in 2019. In 2019, it also started construction of a 3 GW solar power station in Qinghai. PV plants completed by HHDC in Qinghai province totaled 2.4GW (AC Power) in 2019. 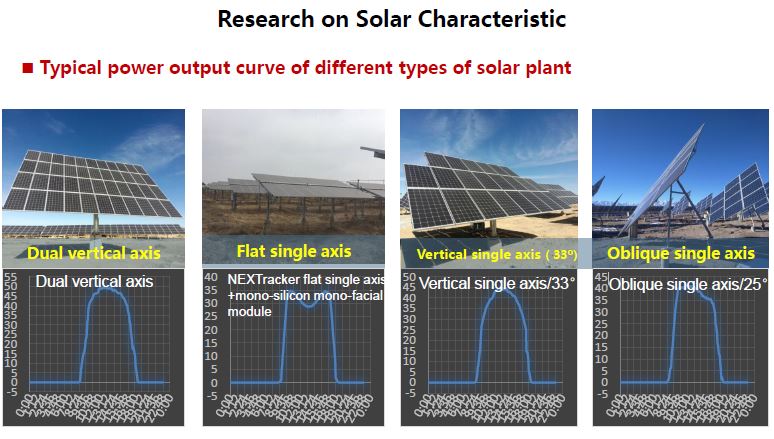 As the world’s largest PV plant operator, HHDC is actively promoting R&D of state-of-the-art technology and products. The company has established a strategic PV power innovation alliance and a number of scientific research platforms to jointly boost technology innovation throughout the whole supply chain. Among many areas, it stands out also for its research into the environmental impact of solar PV plants.

The Firm’s Chairman, Xie Xiaoping says “Since the beginning of this year, the Middle East, South America and other regions have quoted quite low bidding prices. Generally speaking, such low prices are not supportable, so many companies will cut their R&D investment, even down to zero. This is not conducive to the healthy development of the industry – we must leave room for advanced technology and products.”

HHDC is using its scale to take the lead in testing and finding answers to some of the toughest challenges for an industry always under pressure to cut costs. The firm can safely be considered a vital ally for China’s global players in the solar space, thanks to its joint work with them. For large traditional energy firms,  state owned or otherwise, HHDC provides a very interesting  template to pivot for a future more in sync with what the world needs.

For a detailed look at HHDC’s research and findings, click here