Bareilly to Install Solar Panels on All Govt. Buildings

At the collectorate building, Vikas Bhavan and some other offices, rooftop solar power plants have already been installed. In order to comply with government’s instruction, solar panels will be installed on all government and semi-government buildings soon 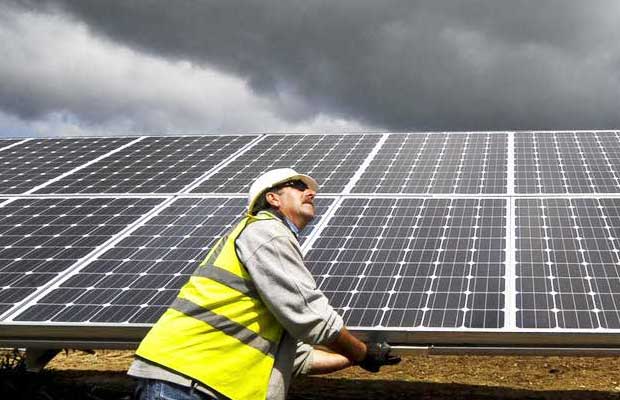 The principal secretary of UP government has instructed all the district authorities to install rooftop solar panels on all government buildings, semi-government and public buildings. The move is to help in achieving target set by the state government to generate 4300 MW of electricity by 2022.

Bareilly district magistrate V K Singh said the nodal agency, NEDA, has been tasked to figure out all possible sites where rooftop solar plants can be installed. “At the collectorate building, Vikas Bhavan and some other offices, rooftop solar power plants have already been installed. In order to comply with government’s instruction, solar panels will be installed on all government and semi-government buildings soon,” he added.

According to sources, the solar panels will be installed by Renewable Energy Supply Company (RESCO). The company will bear all installation expenses and will not charge any maintenance and operational fee for the next 25 years. The office concerned on whose building the solar panel will be installed will get power supply on a lower tariff than the current electricity charges of UP Power Corporation Limited.

According to the officials, RESCO will sign a memorandum with each office to install rooftop solar power plants. If the power is generated in excess than the requirement of the office concerned, that would be transmitted to the grid. It will again benefit the office as the cost of transmitted electricity will be deducted from the electricity bill.

Project officer of National Renewable Energy Development Agency (NEDA), Bheem Sen, said for purchasing electricity from RESCO, the government has fixed a tariff rate at Rs 3.91 per unit which is lower than the rates of conventional electricity supply — which is Rs 4.90 to Rs 6.50 per unit. Besides, there is also a provision that if in the future conventional electricity rates go down, the given tariff will automatically be revised.