Bank of America Meets 100% Renewable Electricity Goal a Yr Ahead

American lender Bank of America (BoA) on Tuesday said it has met its 100 percent renewable electricity (or carbon neutrality) goal a year ahead of its schedule. However, it is pending to the third-party verification. 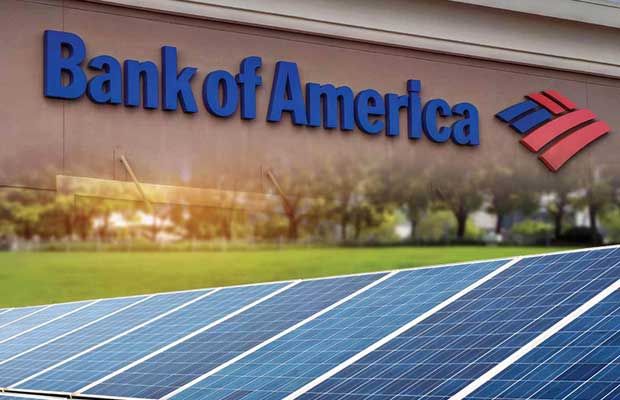 It was accomplished by reducing Scope 1 and 2 emissions from its facilities, purchasing 100 percent renewable power and buying carbon offsets for its remaining unavoidable emissions.

Commenting on the development, Brian Moynihan, CEO of Bank of America, said “we are delivering responsible growth by focusing on serving our clients, investing in our teammates, supporting the communities where we operate – AND by addressing important societal priorities.”

“Being carbon neutral is core to our $300 billion, 10-year environmental business initiative that is helping finance the transition to a low-carbon future,” Moynihan added.

As part of the lender’s long-term commitment to lessen the environmental impact of its operations, it has completed reduced emissions by over 50 percent in its facilities since 2010.

The bank has met its 100 percent renewable electricity goal by – installing on-site solar capability at many of its facilities, including office locations and financial centers, and on ATMs; completing multiple long-term renewable agreements which will add new wind and solar electricity to the grid; and purchasing Renewable Energy Credits (RECs).

Meanwhile, the American lender also completed purchasing a limited amount of carbon offsets from 4 nonprofit projects located in impoverished areas across the US, South America, Africa, and Asia, which are helping to preserve biodiversity and drive reforestation, while furthering economic mobility for the local populations.