Azure Power has informed that its previously announced USD 75 million private placement has been completed, issued 6,493,506 equity shares to CDPQ 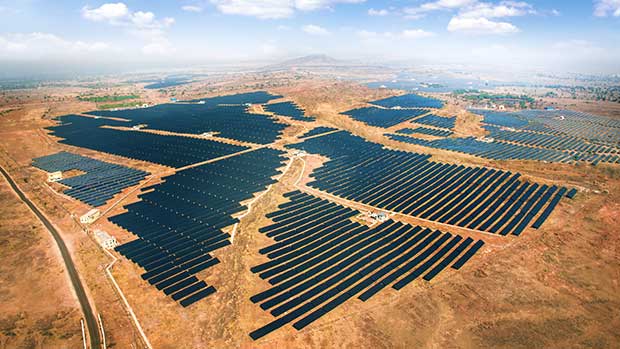 Azure Power Global, a leading independent solar power developer in India, has informed that its previously announced USD 75 million private placement has been completed and that it has issued 6,493,506 equity shares at USD 11.55 per share to Caisse de depot et placement du Quebec (CDPQ).

Following this transaction, CDPQ’s equity interest in Azure Power has increased from 41.4 percent to 49.4 percent. Azure Power Global Limited has 47,636,078 shares outstanding as of December 13, 2019.

In the first week of November, the company had announced this subscription worth USD 75 million. However, at the time it was announced that the closing of the transaction was subject to necessary approvals from shareholders for issuance of shares comprising over 10 percent of its share capital and non-application of section 55 of the Mauritius Companies Act to this issuance.

Commenting on the development, Azure Power, chief executive officer, Ranjit Gupta had said “we believe the proposed additional investment by CDPQ illustrates our largest shareholder’s commitment to our platform.”

Further adding that “with this capital raise, our current committed projects will be fully equity funded. The Indian solar market offers significant growth opportunity and with our differentiated integrated platform and strong access to capital, we look forward to delivering accretive growth going forward.”

More recently, the firm had announced that it has received a letter of award (LOA) for a 2 GW interstate transmission (ISTS) solar power project with Solar Energy Corporation of India (SECI) to supply power for 25 years at a tariff of Rs 2.92 per kWh. The capacity was awarded under SECI’s 7 GW manufacturing-linked solar tender.

The solar power project can be developed anywhere in India and is expected to be commissioned in staggered annual phases of 500 MW each with the first commissioning expected by 2022 and full commissioning by 2025. The power purchase agreement (PPA) allows for the waiver of ISTS transmission charges and improved protections from curtailment.

The project also comes with a 500 MW cell and module manufacturing capacity requirement.