Azure Power has announced its consolidated results for Q1 2021, reporting revenue of Rs 394 crore for the quarter, an increase of 16 percent YoY. 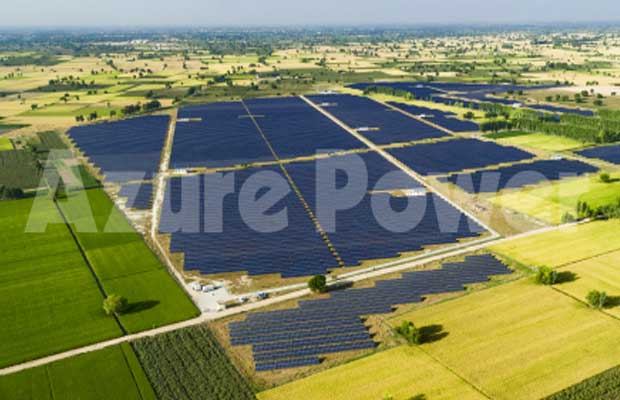 Azure Power Global Limited, a leading independent solar power producer in India, has announced its consolidated results under the United States Generally Accepted Accounting Principles (GAAP) for the fiscal first quarter (Q1) 2021 ended June 30, 2020. The firm has reported a revenue of Rs 394 crore for the quarter, an increase of 16 percent over the quarter ended June 30, 2019.

The firms committed megawatts include the 4,000 MW capacity it had won in the Solar Energy Corporation of India’s (SECI) landmark tender for setting up solar projects along with module manufacturing facilities in the country. Azure had decided to exercise its greenshoe option under the tender which increased its project capacity from 2 GW to 4 GW. The firm has received Letters of Award (LOA) for the project, but the Power Purchase Agreements (PPAs) have not yet been signed. PPAs for these 4,000 MWs will follow only after the sale of power is contracted by SECI under a power sale agreement (PSA).

The electricity generation during the quarter was 883.9 million kWh, an increase of 183.8 million kWh or 26 percent, over the same quarter last year. The increase in electricity generation was principally a result of additional operating capacity during the period driven by the commissioning of new projects. The firms’ Plant Load Factor (PLF) for the quarter was 23.1 percent, compared to 19.4 percent, for the same comparable period in 2019, which increased principally due to the addition of DC capacity and improved performance of the plants.

It must be noted that the firm did not commission any significant capacity during the quarter ended, as COVID-19 disruptions took control. The firm managed a meagre 1 MWs (AC) and 3 MWs (DC) in the three month period.

However, the firm continues to expect that the majority of our capacity under construction will be completed before the expected revised commissioning dates, as approved by the respective counter-parties.