Australia has accorded ‘major status’ to its ambitious Australia -ASEAN power link (AAPL) project. The new designation recognises the strategic importance of the project for Australia, and should help with faster approvals and priority handling by various government agencies involved. The project was formally granted the status on July 20.

The Sun Cable project – backed by Mike Cannon-Brookes and Andrew Forrest – is proposing a massive solar array of 10GW, battery storage facilities of up to 30 gigawatt hours, and a high voltage direct current sub-sea cable of 3,750kms – all the way to potential customers in Singapore. For the Singapore-based firm and its billionaire backers, the ambitious AU$22 billion (US$15.79 billion) project will push the boundaries of power equipment technology, right from generation to transmission and the cost of power.

According to the firm, Sun Cable is using rapid deployment prefabricated solar arrays built in our proposed Darwin factory. The arrays will be deployed by rail to the solar site near Elliott. The prefabricated design materially reduces geotechnical risk during construction. The electricity dispatched from the solar and storage facility will be transmitted to Darwin via an 750 km transmission line.

​Submarine HVDC cables will be installed between Darwin and Singapore. At the load centres, there will be large scale batteries that will enable critical storage.

Community consultation will begin in late 2020. 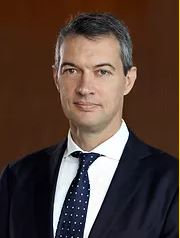 Expected to be completed by  2027, Sun Cable claims that  the AAPL will be able to export approximately AU$2 billion (US$1.44 billion) of solar energy per year to Singapore, joining Australia with the ASEAN Power Grid.

The solar PV plant for the AAPL is to be a 10GW installation,  close to Elliott in the Northern Territory region of Australia. The 30GWh storage facility will support the solar farm’s operations, enabling round-the-clock power, Sun Cable says.

Electricity dispatched from the solar and storage facility will be transmitted to Darwin via a 750km transmission line.

The massive project comes even as India’s MNRE has decided to postpone the rfp for its own ‘One Sun, One world, One grid’ project , whichs seeks to make solar the bedrock for a global transmission grid.

Sun Cable CEO David Griffin has indicated in previous interviews that the firm sees the AAPL project as the first of many possibly, with even India on the radar for possible opportunities. With a 450 GW target for 2030, the chances seem good that we will see something of this scale and possibilities emerge here too.