Bram Schot, CEO of Audi, confirmed the news that the company will make about 50 units of the Audi PB18 e-tron. 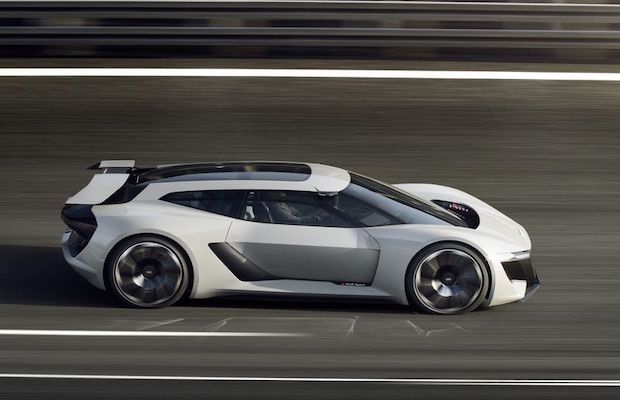 German Luxury automobile manufacturer, Audi has confirmed that it will bring out its new PB18 e-tron all-electric supercar to low-volume production.

The vehicle appeared to only be a one-off prototype, especially since it features solid-state batteries, which no other automaker managed to bring to volume production yet. But Audi is now confirming that it will bring the vehicle to low-volume production.

Bram Schot, CEO of Audi, confirmed the news during the launch of the e-tron in the Netherlands. He said that they will make about 50 units of the Audi PB18 e-tron.

“The latter [motors] is centrally located between the steering knuckles, each directly driving one wheel via half-shafts. They deliver power output of up to 150 kW to the front axle and 350 kW to the rear – the Audi PB18 e-tron is a true Quattro, of course. Maximum output is 500 kW, with boosting, the driver can temporarily mobilize up to 570 kW. The combined torque of up to 830-newton meters (612.2 lb-ft) allows acceleration from 0 to 100 km/h (62.1 mph) in scarcely more than 2 seconds – a speed that differs only marginally from that of a current LMP1 prototype.”

The full specifications for the production-model Audi PB18 e-tron, as well as availability and price, are yet to be announced.