Amsterdam’s Largest EV Charging Network to Run on RE

The innovative solution enables faster charging, maximal use of renewable electricity and more efficient use of the electric grid in Amsterdam. 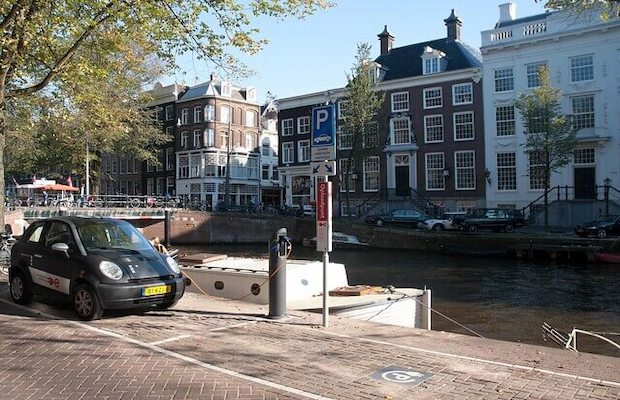 Vattenfall and the City of Amsterdam, have together launched Flexpower, the largest public smart charging network for electric vehicles in Amsterdam.

Operated by Vattenfall, a total of 456 charging stations with 912 charging points – a third of all charging stations for electric cars in the city – have been upgraded and connected in the Flexpower smart charging network. Grid owner Liander, the infrastructure competence center Elaad, and the Amsterdam University of Applied Sciences also contributed to the project.

Flexpower Amsterdam is a smart network of charging stations that enables faster charging of electric cars when the sun is shining, primarily using locally generated renewable electricity from households in the neighbourhood. This lowers the need for investments in the electric grid and thus makes the solution a role model for many large cities in Europe,” says Tomas Björnsson, Head of e-mobility at Vattenfall.

Flexpower has been developed to make optimal use of the available grid capacity, by tailoring charging speeds to electricity consumption and renewable energy production. The charging stations provide slightly less electricity during the hours that households demand a lot of energy, typically between 18.00 to 21.00 hours, and catch up by charging more at night when energy consumption is low or during the day when a lot of local solar power is being produced. As most electric cars are charged outside peak hours, electric car drivers will benefit from quicker charging.

The Flexpower charging stations are adjusted in such a way that they can be steered based on the daily forecast of solar energy and grid loads. The use of neighbourhood energy and flexible charging helps to better distribute the growing demand for the electricity grid.

The City of Amsterdam supported the upgrade of the more than 900 charging points financially.