AGEL Commissions 150 MW Solar Plant at Kutchh, Ahead of Schedule 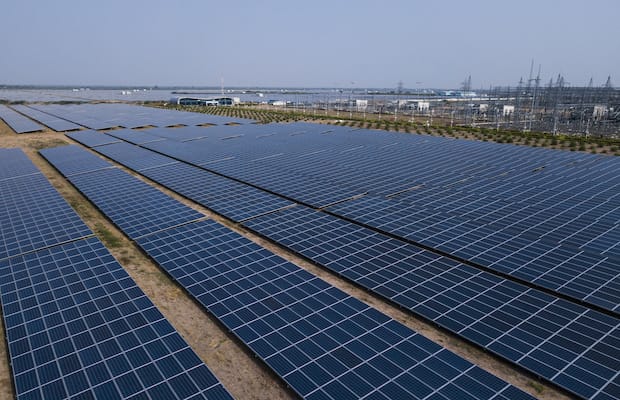 Despite all the challenges of global pandemic COVID-19, unprecedented rain and flood in Kutchh, Gujarat, continuing with the Group’s commitment to nation building, the team of experts made it possible to commission the project 3 months prior to its scheduled commissioning date.

This plant has a Power Purchase Agreement (PPA) with Gujarat Urja Vikas Nigam Limited (GUVNL) at Rs 2.67/kWh for a period of 25 years.

The plant will be connected to the firms’ state-of-the-art Energy Network Operation Centre (ENOC) that continuously monitors and analyses the performance of 80+ solar and wind plants across diverse locations in India.

Vneet S. Jaain, MD & CEO, Adani Green Energy Ltd said, “This is the third solar plant commissioned by AGEL over a span of less than a month. The trend demonstrates our sharp focus on timely project delivery and our long-term vision to achieve the renewable capacity of 25 GW by 2025.  It also reinforces AGEL’s commitment to lead India’s transition towards a greener future through a strategic approach and operational excellence.”

In December 2020, the firm had announced that its subsidiary Adani Solar Energy Kutchh Two Ltd, had commissioned a 100 MW ac solar power project at Khirsara, Gujarat. The project was also commissioned ahead of its Commercial Operation Date (COD). The PPA for this project is priced at Rs 2.44/kWh, for the 25-year duration with GUVNL.

More recently, we had reported that French energy major Total has acquired a 20 percent minority interest in AGEL, the renewable energy platform of the Adani Group. The French giant acquired the shares held by the Adani Promoter Group in Adani Green Energy Limited.