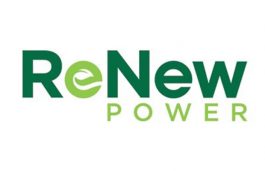 Update: Sumant Sinha, Chairman and Founder at Renew Power, has confirmed that the firm will be entering into manufacturing of solar cells, with  an initial capacity of 2000MW .

Close on the heels of plans to grow total installed capacity to 25,000 MW in 5 years, comes a report in The Economic Times that Renew Power is also planning to get into the manufacturing of solar cells. Interestingly, earlier this year, the firm had also confirmed its interest in the transmission business, targeting a double-digit market share in time for that too. Thus, a move into manufacturing would complete a significant backward integration, after the forward integration into transmissions. Leaving just distribution remaining in the whole energy value chain for the firm. Of course, there area few licenses coming up for bidding there too, in time.

A move into cell manufacturing by the firm would seem to make sense, considering the projects it has in the pipeline, as well as its future ambitions. With an exiting capacity of well over 5000 MW and a pipeline that consists of some of the most aggressive bid wins seen in 2020, Renew Power certainly has its hands full. It’s primary backer, investment bank Goldman Sachs is known to go big, and that experience has certainly helped the fundraise funding much more efficiently than the competition in India.

As part of our effort to support the @PMOIndia‘s call for #AatmaNirbharBharat, we’re proud to announce an investment of ₹ 2000 Cr to develop a solar cell manufacturing unit of 2000 MW creating 2000 direct jobs in India. #ReNew4India @MNREIndia @OfficeOfRKSingh @Anurag_Office

With the kind of incentives in the pipeline for manufacturing in India, we believe that circumstances might finally combine to give a serious push to manufacturing this time, considering the duty protection, the order pipeline, and projections going upto 2030 and beyond for renewable energy.

Cell manufacturing, which is much more capital intensive and high tech than module manufacturing, is an area where domestic capacity is even more limited than in modules. However, even here, a competitive advantage over China might not be as easy as it seems, considering that country’s stranglehold over wafers and ingot manufacturing. During the safeguard duty regime, set to end on July 29 this year, many manufacturers complain that wafer prices, where India depends almost wholly on imports, went up disproportionately, nullifying the duty advantage largely. Some of the largest China-based firms are in both the businesses and will reserve that advantage for use. Thus, Renew Power hopes to compete globally certainly looks like a tough ask.

Of course, if enough new manufacturing in cells does work out, there is a good chance that a major like Reliance, whose Chairman, Mukesh Ambani announced an ambitious plan to shift to clean energy and become a net carbon zero firm by 2035, could get into the wafer+ingot business. At this stage, he, along with Gautam Adani’s Adani Group seems like one of the few groups capable of executing such a move successfully.

For Renew Power’s high profile  Chairman Sumant Sinha, who has built a firm with a strong reputation for not just ambition but delivery, the move into manufacturing will certainly be a fresh challenge, with its completely new demands and industry structure. Consider how the industry today is divided neatly between developers like Renew Power and domestic manufacturers, both usually at odds on the nature and future of protection required. Renew Power’s interest in manufacturing might actually signal a realisation within the firm that duties this time will be high, long, and inevitable.