The projects have been recommended by the International Renewable Energy Agency (IRENA), a global platform for international cooperation on renewable energy. 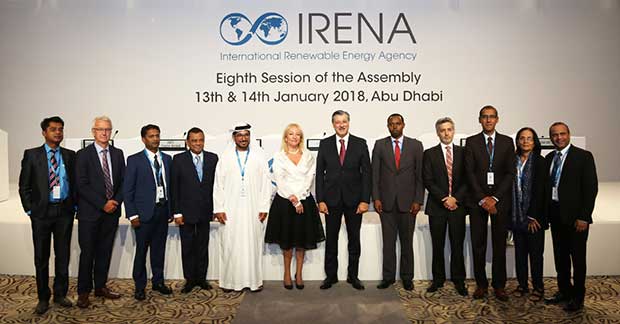 The Abu Dhabi Fund for Development (ADFD) has announced that it has set aside $25 million in concessional loans for two solar PV projects. The projects have been recommended by the International Renewable Energy Agency (IRENA), a global platform for international cooperation on renewable energy.

Announced at the Eighth Session of the IRENA Assembly, both the projects will be financed through the fifth funding cycle of the IRENA/ADFD Project Facility. One project will be set up in Mauritius, while the other will be based in Rwanda, Africa.

“For developing countries, renewable energy is a triple win: It offers a cost-effective means of supplying electricity to families, fuels economic growth, and supports energy independence and security. However, many developing countries have trouble accessing funding for renewable energy projects. Our continued partnership with ADFD will provide a stable, low-cost source of financing to help Mauritius and Rwanda achieve a sustainable energy future,” Adnan Z. Amin, Director-General of IRENA, said.

In Mauritius, the ADFD loan of US$10 million will support the Central Electricity Board install solar PV systems on the rooftops of 10,000 households. The initiative is part of the government’s efforts to alleviate poverty whilst contributing to the national target of achieving a 35 percent contribution of renewable energy to the national energy mix by 2025.

In Rwanda, the ADFD loan of US$15 million will finance the installation of 500,000 off-grid solar PV home systems across the country, expected to improve electricity access for 2.5 million people in rural communities and create more than 2,000 local jobs. The project is a major part of the government’s rural electrification strategy and offers one of the most affordable payment schemes in Africa.

“We are confident that the latest projects selected for funding in Mauritius and Rwanda will deliver sizeable benefits for the economies of local communities,” concluded Mohammed Saif Al Suwaidi, director general at ADFD.