Adani Green Energy Ltd (AGEL), a renewable energy arm of Adani Group, on Monday said that Ashish Garg, who was designated as the Chief Financial Officer (CFO) of the company has resigned with immediate effect. 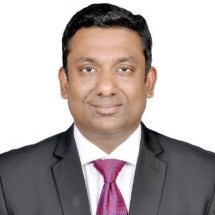 The company had informed in an exchange filing that “Ashish Garg has tendered his resignation as Chief Financial Officer of the company w.e.f. November 25, 2019.”

He was working with Adani Green for a total of two years and six months, according to his social media profile.

Before AGEL, Garg was associated with Skeiron Renewable Energy for a period of one year and ten months. He also worked with UK-based global diversified metals and mining company Vedanta Resources Plc as Head – Corporate finance.

In an aggregate Garg is having an experience of more than seventeen years across renewable energy, metal & mining and oil & gas industries.

Recently, Adani Green Energy has reported its consolidated net profit of Rs 102 crore for the second quarter of FY20.

However, it has posted a net loss of Rs 188 crore in the year-ago period, the company said in a filing.

During the quarter under review, the company’s total income too jumped to Rs 711.96 crore in the September quarter, as against Rs 458.89 crore a year ago, it added.

Meanwhile, the company had commissioned 450 MW of new renewable capacity during the April-September time period of the current financial year, taking the total operational portfolio to 2.4 GW.