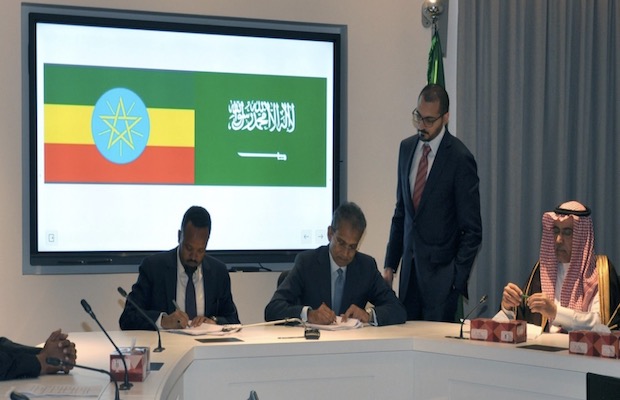 ACWA Power won the bid for the two solar PV plants of 125 MW each during the first round of Ethiopia’s solar programme organised by the PPP-DG under the new PPP law and signed a Letter of Intent with the Ministry of Finance and EEP in October 2019.

“Our focus is to expand our renewables capacity and we are confident that ACWA Power’s leadership and international expertise in this sector will benefit us significantly. We are proud to be working with ACWA Power on the lowest-tariff project in Africa. We believe this partnership will aid us tremendously in creating long term sustainable value for our nation and communities.”

With a combined capacity of 250 MW, the PV projects are estimated to power 750,000 homes in Ethiopia and offset 320,000 tonnes of carbon dioxide per year. The new plants will be located in Dicheto, in the Afar region, and in Gad, in the Somali region of the country.

Paddy Padmanathan, president & CEO of ACWA Power said that the signing of the PPAs is of great importance and signifies the confidence that the Ethiopian government has in ACWA’s ability to support their energy building ambitions.

“We are pleased to have been selected to deliver the first projects to be tendered under the new public-private partnership framework in Ethiopia. As a leader in the renewable energy sector, we are confident that our expertise will help support the government in achieving its goal of increasing the electricity generation capacity from the current 4,300 MW to 17,300 MW by 2020.”

“The 250 MW projects are the first of a kind in the Ethiopian utilities landscape and will support the diversification of the energy mix within the country,” Padmanathan added.

ACWA Power was selected as the winning bid out of 12 pre-qualified bidders. While these solar projects will be ACWA Power’s first venture in Ethiopia, the company already operates in Africa with solar and wind assets in Morocco, South Africa and Egypt.