Acciona has put two new renewable energy projects into service in Chile, and in doing so it has increased its operating capacity in the country by 84% 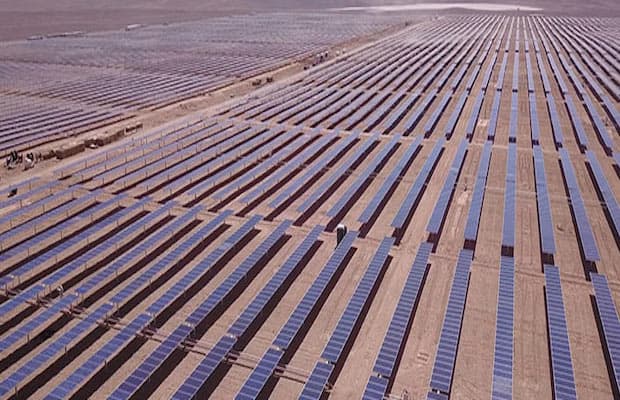 Spanish conglomerate group Acciona, which is dedicated to the development and management of infrastructure and renewable energy has announced that it as put two new renewable energy projects into service in Chile in the last trimester: the San Gabriel wind farm (183 MW) in the region of La Araucanía and the Almeyda photovoltaic plant (62 MWp) in the region of Atacama. And in doing so it has increased its operating capacity in the country by 84 percent, strengthening its position as the main generator of 100 percent renewable electricity in the Chilean market.

The start-up of San Gabriel and Almeyda takes the firms’ renewables capacity in Chile to 536 MW, these two facilities joining the Punta Palmeras wind farm (45 MW) in the region of Coquimbo, grid-connected in 2014, and the El Romero Solar photovoltaic plant (246 MW) in the Atacama, operational since November 2016.

The firm claims that its generation capacity will continue to grow in Chile in 2020 when it will complete the construction of the Tolpán wind farm (84 MW) in the region of La Araucanía and the Usya photovoltaic plant (64 MWp) in the region of Antofagasta. These plants are expected to enter service in the middle of the year.

José Ignacio Escobar, director-general for energy for South America at Acciona said that in the last three years the firm has undertaken an ambitious capital expenditure program of around 600 million dollars, which will take it to an installed capacity of 684 MW in the country in 2020. And that its commitment to continue investing in Chile remains intact.

“Acciona is the main operator in exclusively renewable energies in the country and we will continue with our development plan to support the decarbonisation process that our energy matrix is taking on.”

In recent years, the company’s growth in the South American nation has been the result of contracts awarded in two of the public energy auctions called for regulated market clients in Chile, and energy sale contracts with companies such as Google, Falabella, ENAMI, LATAM Airlines, Aguas Chañar, and ECONSSA.