Although there are many large projects of NV Energy, the Eagle Shadow Mountain will be the largest solar PV project ever built for the company. This is a part of its latest renewable projects which in total are over 1 GW. 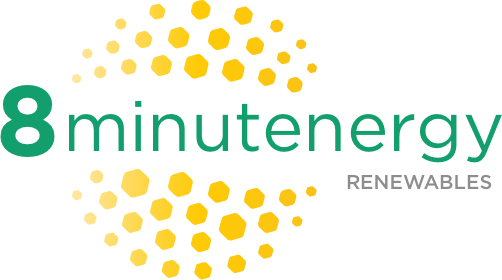 In the Clark County of Nevada, NV Energy has chosen 8minuteenergy to develop 300-MW (420 MW-dc) Eagle Shadow Mountain Solar farm. The project will be the largest solar installation to date built on tribal land and will be on Moapa River Indian Reservation.

Although there are many large projects of NV Energy, the Eagle Shadow Mountain will be the largest solar PV project ever built for the company. This is a part of its latest renewable projects which in total are over 1 GW.

“We are honored to be working with NV Energy and the Moapa Band of Paiutes to bring this remarkable project to fruition,” said Martin Hermann, CEO and founder of 8minutenergy. “The Eagle Shadow Mountain Solar Farm will deliver abundant and affordable energy to about 180,000 Nevada homes, providing them with reliable clean power. This will also be the largest standalone project in 8minutenergy’s portfolio, and we are dedicated to upholding our track record of finalizing the plant’s operation on-time and on-budget.”

“We’re pleased to be bringing 300 megawatts of clean solar energy and hundreds of jobs to southern Nevada,” said Tom Buttgenbach, president and co-founder of 8minutenergy. “The state is blessed with tremendous solar resources, and utility-scale farms such as the Eagle Shadow Mountain Solar Farm will provide important energy resources to the region for decades to come. We thank NV Energy and the Moapa Band of Paiutes for their partnership on this important project.”

“We are delighted to be working with 8minutenergy and other top-tier solar developers to bring over one gigawatt of low-cost clean solar power and energy storage to our customers in Nevada,” said Paul Caudill, CEO of NV Energy. “This landmark group of projects will help diversify our state’s electricity generation portfolio at industry-leading costs. We calculate that the direct investment in Nevada’s economy, which includes the cost of construction, will be greater than $2 billion.”

“We’re proud to be leading the way in supporting the development of clean solar energy on tribal lands,” said Gregory T. Anderson Sr., chairman of the Moapa Band of Paiutes Tribal Council. “Eagle Shadow Mountain Solar Farm will be special in particular as it’s being built beside a retiring coal plant on our lands, signifying the affordability and importance of renewable energy. We hope to shepherd the way for many other tribes to adopt clean power.”