8minute Solar Energy has added 3 GW of large-scale solar projects to its development pipeline this month, for a total of over 18 GW 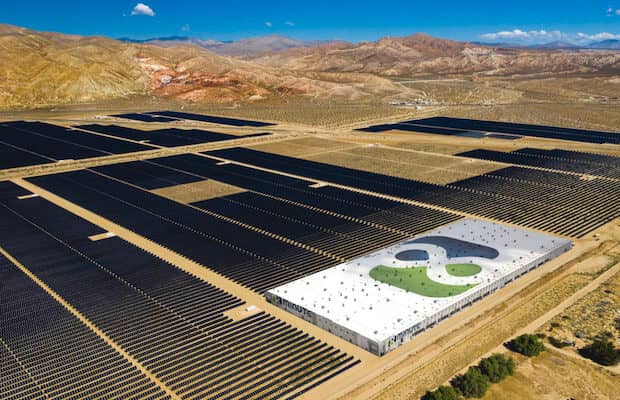 8minute Solar Energy has announced that the company has added 3 gigawatts (GW) of large-scale solar projects to its development pipeline this month, for a total of over 18 GW—enough to provide power for 20 million people. The company further announced it has attracted additional corporate-level funding to develop the rapidly growing pipeline, the majority of which will be converted to the company’s new generation solar power plant design with battery energy storage.

“While the financial markets, especially tax equity, face uncertainty right now due to the COVID-19 pandemic, 8minute as a company is financially very well positioned. Given our strong cash position and balance sheet, as well as the strength of our financial partners, we’re fortunate to take the long view and continue our growth trajectory to deliver clean, reliable power—day and night—for less than the cost of fossil fuels,” said Dr. Tom Buttgenbach, President and CEO of 8minute.

“Over the last few months, we have added to the bench strength of our team, focused on developers, engineers and technology innovators, so we can continuously improve our cost competitiveness and bring successful solar projects to communities in California, Texas and across the Southwest,” he added.

To support its 18 GW development pipeline, 8minute recently raised new development capital from its joint venture partners, including J.P. Morgan Asset Management and Upper Bay Infrastructure Partners. The University of California (UC) Office of the Chief Investment Officer of the Regents has joined the clean energy partnership as a significant investor. The additional investment will accelerate the execution of its 18 GW pipeline to deliver low-cost, fully dispatchable solar power across California and the Southwestern United States.

A nationwide leader in solar-plus-storage, the firm was the first to beat the cost of fossil fuels with solar photovoltaics (PV) and late last year received approval for the Eland Solar & Storage Center, the lowest-cost solar and energy storage project in the country. It plans to replicate this model across its pipeline to provide a reliable alternative for base-load power plants. The 400-megawatt (MWac) Eland Solar & Storage Center in Kern County, California will have an energy storage capacity of 1,200 megawatt-hours (MWh).

“The Eland project represents a notable victory for the City of Los Angeles, the State of California and the solar industry, dispelling misconceptions about the affordability and availability of baseload, utility-scale clean energy. The Eland project demonstrates that renewables can replace dispatchable fossil fuel generation at a price of under 4 cents per kilowatt-hour (kWh) fixed for 25 years, effectively reducing the cost to ratepayers and increasing grid reliability,” the firm added in a statement.