According to a new report, up to 85 GW of renewable energy demand exists within the largest US companies through 2030 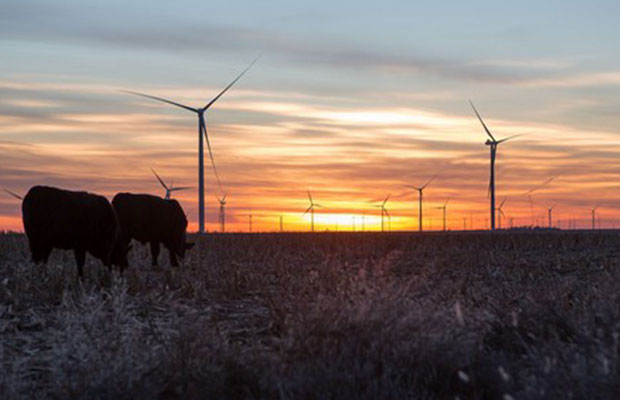 According to a new report from Wood Mackenzie and the American Wind Energy Association (AWEA) on the ‘Commercial and Industrial Wind Energy Demand in the United States’, Wood Mackenzie estimates that up to 85 gigawatts (GW) of renewable energy demand exists within the largest U.S. companies through 2030.

In the report it is highlighted that the largest corporations in the world are signing agreements for massive amounts of wind and solar power. And that this is the beginning stage of a corporate renewables procurement boom, driven not just by goals around mitigating climate change but also by highly competitive renewable project economics.

According to the report, corporate leaders such as AT&T, General Motors and Facebook contracted more than six gigawatts of power purchase agreements (PPAs) in 2018 alone, representing a new record.

The findings revealed that despite a substantial uptick in renewables procurement over the past five years, the overall penetration of renewables in the power mix for Fortune 1000 companies remains limited at approximately 5 percent. At nearly 1200 terawatt-hours (TWh), the non-renewable power demand for these corporations represents an enormous opportunity.

The report provides a scenario-based outlook for both wind and solar installations to satisfy C&I demand by region through 2030.

“In the absence of a federal mandate to decarbonise the U.S. power grid, corporates are stepping up their efforts to address climate change,” said Dan Shreve, head of wind research at Wood Mackenzie and lead author of the report.

“Momentum is building, peer pressure is rising, and corporate renewable energy procurement practices are maturing, setting the stage for increased market participation within the Fortune 1000.”

Today, C&I customers are procuring more wind than solar power; however, the report notes that demand for solar power is growing rapidly and may soon take hold in some of wind power’s regional strongholds.

“Wind and solar are stronger in different parts of the country, so states must ensure they have competitive policies and adequate transmission infrastructure to attract investment in the renewable projects and business activities that they will power,” said Tom Kiernan, AWEA CEO.

Power market dynamics and the continued reduction of solar power’s costs will place significant competitive pressure on wind, said Shreve. “A step-change in turbine performance or further cost reductions will be critical for wind to compete amidst ever-increasing renewables penetration. Long-term, transmission expansion and large-scale, long-duration energy storage solutions are critical to connecting major load centres in the east and west to low-cost wind generation from the central wind corridor of the US.”

The report goes on to note that persistent tariffs on solar modules or the expiration of the Investment Tax Credit could hamper solar’s long-term competitive edge over wind.