This opens up an entirely new chapter in the utilization of renewable energy in the country, where large institutional open access consumers can start procuring it inexpensively. 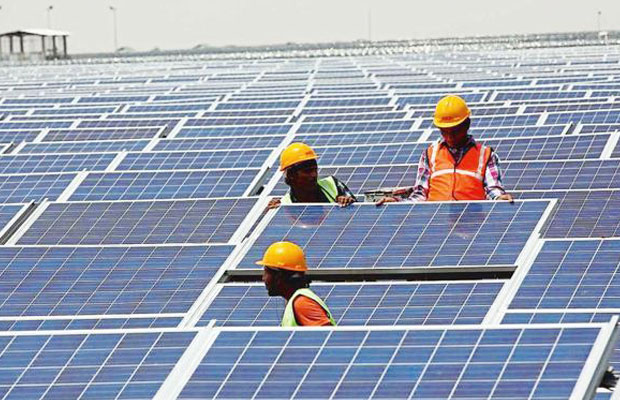 The operations on the 750 MW Rewa Solar Power Project in Madhya Pradesh (MP) has started earlier this week. The plant would supply power to the Delhi Metro, said the state-run MP Urja Vikas Nigam Ltd (MPUVNL).

A statement issued here said that the plant, spread over 1,590 acres and being operated by Rewa Ultra Mega Solar Ltd, is among the largest single-site solar power plants in the world.

“This is the first project in the country supplying power to an inter-state open access customer — Delhi Metro. This opens up an entirely new chapter in the utilization of renewable energy in the country, where large institutional open access consumers can start procuring it inexpensively,” it said.

“State discoms will get 76 percent of the power produced from the Rewa solar plant, while the Delhi Metro Rail Corporation (DMRC) will benefit from the remaining 24 percent. The project is estimated to meet up to 90 percent of the day electricity demand from DMRC. The commissioning of this project will potentially result in a saving of Rs 4,600 crore to state discoms and Rs 1,400 crore to Delhi Metro over its project life,” the statement added.

Madhya Pradesh Chief Minister Shivraj Singh Chouhan said: “The bidding for the project was conducted online for as long as the bidders were interested — 33 hours without stop. The project made possible an investment of over Rs 4,000 crore in the state.”

According to MPUVNL, the project would lead to avoiding 15.4 lakh tons of carbon dioxide generation every year.

“The Rewa solar plant is India’s first and till now the only solar project to get funding from the clean technology fund available at a rate of 0.25 percent for a 40-year period. It is also the first and the only solar park in India to get a concessional loan from the World Bank,” it said.