“The dome that has been installed at the PM’s residence produces 20 watt LED light during the day and 6 watt during the night. It has 10 years duration and costs Rs 1,700” Gon Chaudhuri said. 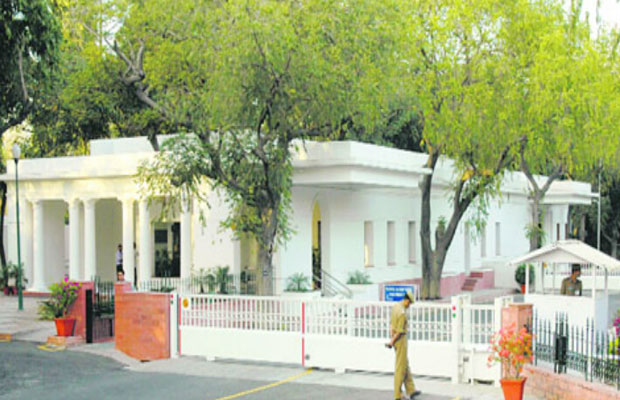 Gon Chaudhuri, who had come up with the design of the solar dome said that already over 6,000 such solar domes have been installed mainly in the rural and tribal areas of MP, Chattisgarh, Uttarakhand and Manipur. “The Prime Minister has appreciated the concept and has asked to scale up the national project,” he said.

A senior official of Solar Energy Corporation of India Limited (SECI), a government enterprise that coordinated the installation of the solar dome at the PM’s residence said that the dome was installed in the month of May. “We are further working on the concept developed by Gon Chaudhuri to develop cheaper solar domes,” said a SECI official.

“The dome that has been installed at the PM’s residence produces 20 watt LED light during the day and 6 watt during the night. It has 10 years duration and costs Rs 1,700” Gon Chaudhuri said.

Gon Chaudhuri said that the union Science and Technology ministry had earlier recognized the concept developed by Gon Chaudhuri and sanctioned funds to implement the project– ‘Design Development and Field Trial of a Low-Cost Solar Dome for Urban Slums and Rural Areas in India’. Gon Chaudhuri was given the responsibility to take up the project.

“The ministry of science and technology and MNRE are taking up this huge program to carry on forward. This program is also helping in developing green jobs,” he said, adding that already 87 people have been trained in solar dome installation method.

Explaining the technology, Gon Chaudhuri said that it is a dome-like structure that is being set up on a house and fitted on a floor ceiling with a reflective material in such a way that once the dome absorbs sunrays, those living in the floor below instantly see light reflecting off the ceiling as if a bulb was fitted inside.

It was in October 2015 that the city-based Arka Ignou Community College of Renewable Energy headed by Gon Chaudhuri, installed 100 solar domes in a cluster of slums in New Delhi that was inaugurated by Union minister of science and technology Dr. Harsh Vardhan.