UJALA and SLNP have completed 6 years and in that time EESL has distributed over 36.69 crore LED bulbs & installed 1.14 crore LED streetlights 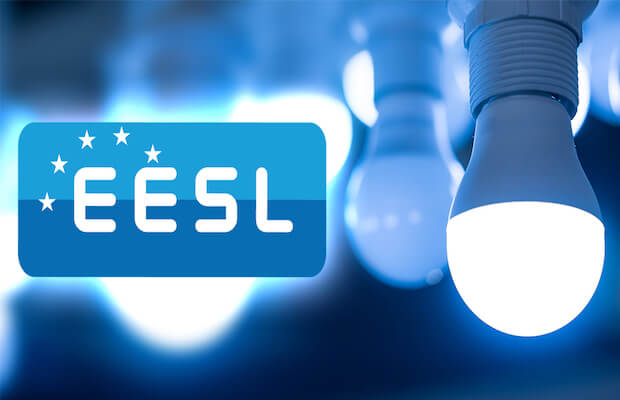 Launched on January 5, 2021, the Government of India’s zero-subsidy Unnat Jyoti by Affordable LEDs for All (UJALA) and Street Lighting National Programme (SLNP) have completed 6 years. In that time, Energy Efficiency Services Limited (EESL), a joint venture of PSUs under the Ministry of Power, which is implementing both the programmes has distributed – Under UJALA – over 36.69 crore LED bulbs across India. And, installed about 1.14 crore LED streetlights across the country under SLNP.

RK Singh, Union Power Minister, said “Both UJALA and Street Lighting National Programme have been at the heart of large scale socio-economic transformation. They have not only reduced emissions and enabled sustainable development, but have revamped household and public lighting systems, across the country. I congratulate EESL for successfully anchoring these programmes and completing six years of transforming the Indian power sector.”

As a result of the nearly 37 crore LED bulbs, there has been estimated energy savings of 47.65 billion kWh per year with avoided peak demand of 9,540 MW and estimated GHG emission reduction of 38.59 million tonnes CO2 per year. Additionally, over 72 lakh LED tube lights and over 23 lakh energy-efficient fans have also been distributed at affordable price under the UJALA programme.

With SLNP, EESL has installed about 1.14 crore LED streetlights across India. This has resulted in an estimated energy savings of 7.67 billion kWh per year with avoided peak demand of 1,280 MW and estimated GHG emission reduction of 5.29 million tonnes CO2 per year. Moreover, there have been an estimated annual monetary savings of Rs 5,210 crore in electricity bills of municipalities.

Saurabh Kumar, Executive Vice Chairperson, EESL stated, “when we first began our UJALA and Street Lighting National Programme (SLNP), we had envisioned a cleaner, greener and brighter India. Today, as both our flagships initiatives complete their six years of excellence, I can say that we have met and surpassed our original objectives. However, much still needs to be done, and I firmly believe that these two initiatives will be transforming illumination and energy efficiency, for years to come.”

UJALA brought a market transformation in energy efficiency sector. The switch from inefficient incandescent bulbs to LEDs is helping families reduce their electricity bills while also enabling them to access better brightness in homes. The money saved adds to a household’s disposable income and lifetime savings, thus improving their quality of life, generating prosperity in local communities, and in expanding energy access to all. With the average household electricity bills down by 15 percent, the annual energy saving is equivalent to a week’s average earning. The domestic LED market has grown significantly beyond the UJALA programme, with the industry selling over 1.15 billion LEDs, far exceeding the UJALA programme’s target of 700 million LED units.

Going forward, EESL has an ambitious plan in the SLNP portfolio for the next 4-5 years where it intends to bring investment to the tune of Rs 8,000 crores by 2024 by covering entire rural India. It is expected that more than 30 million LED streetlights would be retrofitted/installed by EESL.