Some of the leading Chinese solar PV module manufacturers, which remain the undisputed global leaders of the solar modules and cells industry, have a new prestige product. Breaking the 500 W barrier for solar module output from a single panel. The latest in the list, with also the highest-rated module in the market, is JinkoSolar with the launch of its 2020 flagship – the ‘Tiger Pro’ module series, which the firm claims can generate a maximum power output of up to 580W. To put this into perspective, it is 40 percent higher (on average) as compared to current mainstream products installed in utility-scale solar projects.

Interestingly, none of the companies we spoke to have any expectations, or hopes of seeing any demand for these top-end products from the Indian market, which remains trapped in the polycrystalline era. Even as the generational shift from polycrystalline modules to Mono and Mono PERC modules is almost complete in comparable markets. Mainly on the excuse of lower costs, and the DCR (Domestic Content Requirements) route, since most domestic manufacturers are still churning out polycrystalline modules. “The higher efficiency of Mono Modules comes at a cost that is close to 10 percent extra, which can increase total project costs by upto 6 percent. With most developers working at wafer-thin margins, that difference is still too much to bridge, especially with other unforeseen events like the Safeguard Duty in 2018, financing challenges in 2019, and now COVID related disruptions impacting plans,” says a leading manufacturer who did not want to be named.

Jinko’s Tiger Pro-branded module is expected to be in volume production in the third quarter of this years and the firm believes that by greatly reducing the Levelised Cost of Energy (LCOE) compared to traditional modules, the high-efficiency Tiger Pro module series paves the way for investors to generate higher power output.

Technical Aspects: The company used an innovative multi-wire 9BB and TR tiling ribbon technology in all these high energy density modules to reach significantly improved performance with conversion efficiency up to 21.6 percent.

Next in the list, and also a new addition to the commercial solar PV modules market is LONGi’s recently announced Hi-MO5 modules which are expected to be officially launched at the end of May 2020. According to the firm’s brief information update, the module output for the new series will be 530W and efficiency will exceed 21.0 percent.

Much like the Tiger Pro series from Jinko, the Hi MO5 series modules will superimpose 9 busbar and half-cut cell technologies onto a mono PERC base. The firm has assured that it will go all-in with its new module series with production expected to begin in August this year and reach an annual production capacity of 10 GW.

Following up behind LONGi, is another Chinese manufacturer, JA Solar. The firm had recently announced that the power output of its high-efficiency solar modules under standard testing conditions had set a new industry record reaching above 525W. The modules are expected to be the first (out of all major firms announcements) to hit the market with commercial availability scheduled for the second half of 2020.

“Our value of ‘customer-centered’ has driven us to achieve this breakthrough, which enables us to win recognition from both the PV Industry and our valued customers”, said Jin Baofang, Chairman of the Board of Directors and CEO of JA Solar. “In the future, we will continue focusing on the technological innovation of our products to drive the development of the photovoltaic industry, and allow more people to enjoy the benefits of clean energy.”

The firm is also planning to invest CNY 6.6 billion (USD 947.7 million) for the establishment of two new solar PV manufacturing plants in China with a combined annual production capacity close to 15 GW, as it looks to secure the top spot in the global market. The firm intends to build a production facility in Yiwu city where it will be able to make 5 GW of solar PV cells per year, while a new 10-GW factory will produce PV modules. According to the manufacturer, the construction of the two new bases is expected to take around four years.

The manufacturer recently announced that its Vertex module is able to reach 515.8W power output, based on the test result by TÜV Rheinland’s independent evaluation. This was a major breakthrough and milestone for the firm which had commenced formal mass production of the Vertex pilot line on March 18, 2020, and has also begun shipment of the first Vertex order on March 27, 2020. Making it the first to enter the market with 500W+ output modules.

“The Vertex module has built a brand new technological platform by integrating and innovating a variety of technologies such as 210mm large size silicon wafers, multi-busbars, 1/3 cut technology, non-destructive cutting, and high-density packaging, providing us with a glimpse into the future developmental direction while keeping us excited about the possibilities,” Yin Rongfang, Vice General Manager and EVP at Trina Solar said.

With the development and improvement of the industry chain, especially the improvement in glass supply capacity, adding another column of cells to the existing five-column layout design can increase the Vertex module’s power output to more than 600W.

“Furthermore, with PERC+ cell conversion efficiency anticipated to surpass 24 percent, combined with other factors such as the optimisation in module design, improvements in load capacity as well as downstream installation, the Vertex modules’ power output will continue to increase. This provides the direction and path for the iterative development of PV modules, which will further drive the continuous decrease in the BOS and LCOE of PV systems,” Yin added.

These updates from a few of the biggest Chinese (and global) module manufacturers bring into perspective the progress that is being made in the global solar PV market. As a direct consequence of which, solar PV is now (along with Onshore Wind) the cheapest sources of new-build generation for at least two-thirds of the global population. The latest analysis by research consultancy firm BloombergNEF (BNEF) showed that the global benchmark LCOE for utility-scale PV has fallen 4 percent since the second half of 2019.

The report adds that in China, the largest PV market, the firm’s solar benchmark is at USD 38/MWh, down 9 percent from the second half of 2019, following a rapid uptake in better performing monocrystalline modules. New-build solar in the country is now almost on par with the running cost of coal-fired power plants, at an average of USD 35/MWh. This is significant as China advances on its deregulation agenda, opening up competition in the power sector, the analysis added. The analysis estimates that some of the cheapest PV projects financed in the last six months will be able to achieve an LCOE of USD 23-29 per megawatt-hour, assuming competitive returns to their equity investors. Those projects can be found in Australia, China, Chile, and the U.A.E., where they will challenge the existing fleet of fossil fuel power plants.

In India, we have a strange situation in the market where developers and manufacturers are completely at odds. Polycrystalline proponents got their day in the sun when tariff bids for solar tenders crashed to Rs 2.44 per unit in 2017 itself. Subsequent auctions for over 12 GW of solar projects were almost all won at prices ranging between Rs 2.44 to Rs 2.90 per unit of power. And almost all of these are being built, or are planned to be built using polycrystalline modules. However, far too many of those bids are in trouble today.

The long and drawn-out imposition of the safeguard duty on import of modules from China and Malaysia in July 2018, the “Make in India” initiative and the subsequent government order to include mandatory provision for domestic content in projects has locked developers in multiple battles, involving compensation for the higher cost of imports for PPA’s signed before the SGD came in, to an inability to explore better quality and efficiency, even if they wanted to for large initiatives like the 12 GW PSU solar scheme.

The sharp drop in tariffs in Indian tenders in 2017 and early 2018 were partly due to no restrictions in importing modules from Chinese or other foreign manufactures which offered superior products at lower prices compared to the domestic manufacturers. Despite the Safeguard Duty and the 12 GW domestic manufacturing linked PSU scheme, manufacturing has not really expanded as expected. Manufacturing for high quality, ‘premium’ cells and modules, definitely not.

This can be seen by looking at the product portfolio of West Bengal-based Vikram Solar. One of India’s leading module manufacturers and a Tier 1 company in the segment. 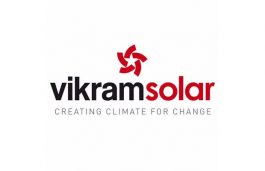 In the Mono PERC segment the firm offers its high-density Somera Grand Ultima Max Silver modules that are made using Cell-Cleaving Technology. The 150 mono PERC half-cut cell module, as the firm claims, is equipped with maximum power density, reducing the Balance of System components as well as the number of modules required – ultimately reducing the overall project cost. Supporting an efficiency of 20.56 percent the module output maxes out at 425 W.

In the polycrystalline segment, the firm offers the Eldora Grand Plus Module with 144 Cells. The module features a multi-busbar cell design that increases the module power output up to 5 Wp compared to its previous version, matching the Chinese firms with the 9 BB design feature. The module has a 17.78 percent efficiency and the maximum output of 350 W.

The closest the firm has reached to the 500W barrier is through its bifacial modules. Which have almost no market in India. The Somera P-Duplex 144 half-cell module comes with Frame design. Made with P-Type mono PERC bifacial cell and glass with transparent backsheet configuration, the module provides up to 15 percent power gain from the ground facing side which boasts the power output of the module to a maximum of 480 MW.

However, sales continue to be powered by the Polycrystalline offerings, be it for Vikram Solar, Waaree Energies or many other smaller domestic manufacturers. It is safe to predict that if you were to spend time checking out large projects executed by developers like Adani Green (at the 648 MW Kamuthi Project in Tamil Nadu), Azure Power, Acme Solar, Avaada Energy, etc, as of now, each one of them has been built using polycrystalline modules. However, with price ceilings being removed in recent auctions, at least a few developers are looking at Mono Modules for upcoming projects. A leading module manufacturer that we spoke to predicts a 50/50 share in 2020 and a move to 60/40 for Mono modules by next year.

Technologies that are barely making a mark now, like n-type heterojunction technology (HJT) silicon solar cells, because they offer conversion efficiencies going up to 25 percent, are impossible to foresee being manufactured here, due to cost issues. The best option for the adoption of modern cell and module technology, is the corporate and industrial market, which offers better margins, and in its capex version, even clients more willing to spend a little extra for the increased efficiency. But the obstacles to the growth of that market are enough material for a separate story.

(The story first appeared in the May Issue of Saur Energy Magazine).