4 Lakh EVs in India, Half of Them in Delhi & UP: Nitin Gadkari

Nitin Gadkari has informed that at present there are nearly 4 lakh (3,97,184) registered EVs or battery operated vehicles in India 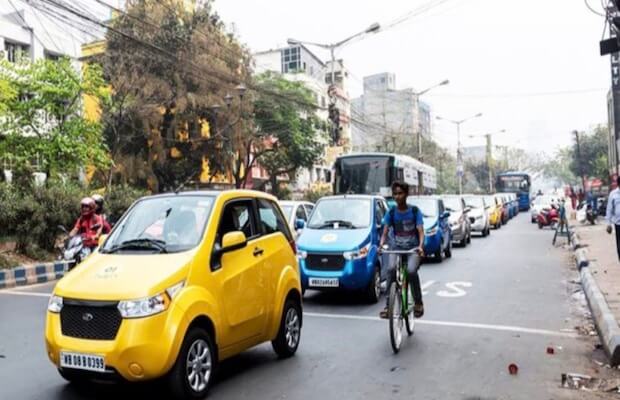 The Minister for Road Transport and Highways, Nitin Gadkari, has informed that at present there are nearly 4 lakh (3,97,184) registered electric vehicles (EVs) or battery operated vehicles in India and that more than half (54 percent) of such vehicles are registered in Uttar Pradesh and in the capital city of Delhi.

Responding to a question raised in the Parliament, the road transport minister informed the Lok Sabha in his written response that UP has 1.39 lakh registered electric vehicles followed by nearly 75,746 in Delhi. Karnataka with 31,947 vehicles has the third highest number of registered e-vehicles and Maharashtra with 19,239 comes next. Interestingly, Assam also has a high number of electric vehicles,15192, among all northeastern states and more than many states in north, south and western India.

It is believed that the actual number of electric vehicles would be much more than the official figure. This is because thousands of e-rickshaws have been operating across the country without registration. The transport ministry in August 2016 had come out with a notification exempting e-rickshaws and e-carts from obtaining commercial permits to carry passengers or goods. This was done considering that these are “affordable” mode of transport for last mile connectivity in cities and also in rural areas.

When asked whether the government proposes exemption of registration fees for battery operated/electric vehicles to promote the use of eco-friendly vehicles in the country, Gadkari said that the government has indeed proposed exemption of registration fees for such vehicles and that it has notified to amend the rule 81 of the Central Motor Vehicles Rules, 1989 for seeking comments and objections.