The revised deadline for feedback on rooftop solar systems is August 22. The MNRE has shared a detailed feedback document for stakeholders to share their feedback.

As readers are aware, India has performed quite poorly on its rooftop solar segment. From a target of 40 GW out of the 100 GW of solar capacity that was to be built by 2022 end, rooftop solar has contributed well under 8 GW, proving to be the biggest miss in the overall target. The government has tried to push by taking utility solar forward faster, but thanks to policy logjams and more, it simply can never compensate for the poor show in rooftop solar. Worse, the issues bogging it down have proven to be persistent, especially at discom end. 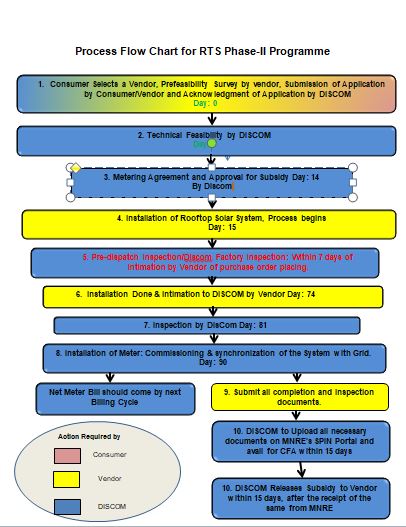 The failures in rooftop are not for want of demand however. Ever since solar costs have fallen to a level well below grid power, or even fossil fuel powered captive power, demand has been strong. Especially from the corporate and industrial segment. Only to run into a wall of indifference and outright resistance from struggling discoms, who simply do not want to see their best customers shift to rooftop solar. The silver lining is that the past quarter has seen the strongest ever show by rooftop solar in recent years, mainly on the back of corporate  interest.

Further, none of the solar leaders globally have progressed without a significant contribution from rooftop solar, especially the corporate segment. In countries like Australia, the rooftop has actually been the single largest contributor.

While passage of enabling bills, like the Electricity Amendment Bill (2020) would have helped, the biggest challenge in rooftop solar seems to be the lack of standardisation. Between state discoms, regulators and central subsidies, potential consumers are stuck in a plethora of regulations, interpretations and worse. Efforts to make it more transparent with initiatives like the SARAL index also seem to have failed due to indifference at the state level.

For now, the current draft document seems to provide for a maximum(or minimum) of 120 days between vendor selection (decision to go for rooftop solar) and final connection with the grid. Those timelines look very good considering the present situation, but we don’t see how they can be achieved without a strong incentive and mandatory rooftop solar resources at discom end. Dedicated solar rooftop teams with a clear accountability are a must at state level discoms. The efforts made by discoms, be it the push for gross metering over net metering, restrictions on net metering, charging ‘compensatory tariffs‘, or lately, simply complicating the compliance norms for approvals  have been well documented.

Even as the new rooftop policy for projects takes final shape, there is no denying that as happens so many times with policy, it ight find itself overtaken by changes in the market. In this case, storage costs. With battery storage cots set to decline, by 2024, we might find many potential users abandoning the net metering system in favour of their own solar rooftop plus storage options. It’s an area with very high potential demand, and use cases. And it might be something that discoms can do little about.