2019 Solar Predictions. Expect Volatility, But Lots of Positives to Look forward to

Making predictions for the Solar sector in India is never easy, thanks to a tendency to keep tinkering with policy in this heavily policy influenced sector. But after speaking to multiple industry groups, we have the following 5 predictions for you.

Starting off with the most obvious picks, total solar installations. Every expert in the market predicts a huge spike in 2019, as projects bid out earlier go online, making 2019 a shoo-in for a record year. The consensus estimate seems to be fresh installations in the range of 12 to 14 GW, a minimum 50% jump over the close to 8GW of installations in 2018. This ensures that the scorching growth rate the industry has seen since 2015 is not about to slow down anytime soon. Global Solar installs, estimated to have crossed 100 GW by almost all experts in 2018, are expected to grow to 125 GW plus in 2019. This is despite the shake-up in China, as it transitions to a subsidy less solar industry. It’s a reflection of the high hopes this sector has that even a conservative 25% growth number is too low for some, but don’t be surprised if this number is exceeded eventually. 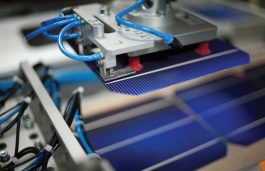 Our second prediction is on Indian manufacturing. Despite the stop-start nature of the growth on the manufacturing side, 2019 could be the year when domestic manufacturers come into their own, with not only higher utilisation rates due to increased demand, but some will also scale up manufacturing capacity further. With the strategic nature of the industry no longer in doubt, both from an energy sufficiency as well as import substitution potential, we expect manufacturing in India to progress at a rate faster than industry growth finally. The government will hopefully get around to creating the environment for the sector to thrive, as manufacturing does have the potential to create jobs, probably the single yardstick being used to evaluate every industry and firm’s potential by the government.

CSR and Solar will be a happy marriage. With solar prices dropping to levels where they are not only competitive with grid rates but also have the potential to earn payback in 5-7 years, firms will shift to solar led CSR to work in a big way. That could mean thousands of solar water pumps in agriculture, schools powered by solar power in remote areas, and solar increasingly finding its way as the best long term impact investment in multiple situations. With typical maintenance contracts being 5 years or more, it also offers the kind of long term assurance corporates seeks when spending on CSR. In short, expect solar construction to replace toilets construction in a big way. 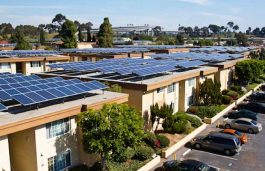 The year when Rooftop solar, and retail, finally gets serious. The signs have been there since the second half of 2018.  Not only have the larger industry players, from Tata Power to Trina Solar and more started focusing heavily on the retail segment, hundreds, if not thousands of firms have come up with a focus on the rooftop segment. This is once again a function of the drop in prices, and the clarity in net metering policies across major states. The only factor holding back even faster optimism and growth is the bureaucracy, which continues to move too slowly for everyone’s liking. Not to mention the existing discoms which are not exactly welcoming of the new rooftop trend for obvious reasons.

Finally, the final prediction, that actually underpins all of the above predictions, is the probability of a further drop in prices. Panel prices have dropped relentlessly over the past 4 years, being responsible for a large part of the growth in the sector. As China faces a glut in production, that will be absorbed only partly by growth elsewhere, expect prices to continue to fall, perhaps hitting levels of Rs 35 to Rs 45 per watt even for retail buyers. At that level, the industry will literally open up all new growth segments.

Tags: 2019 Solar Predictions, Solar, Solar Energy, solar energy in India
"Want to be featured here or have news to share? Write to info[at]saurenergy.com