1st Ever Indigenous HEMT That Could Revolutionise EVs, Transmission

A new High Electron Mobility Transistor (HEMT) has been developed that is a normally OFF device and can find use in EVs, power transmission, etc.

A team of scientists from Bangalore has developed a highly reliable, High Electron Mobility Transistor (HEMT) that is a normally OFF device and can switch currents up to 4A and operates at 600V. This first-ever indigenous HEMT device made from gallium nitride (GaN) is useful in electric vehicles (EVs), locomotives, power transmission and other areas requiring high voltage and high-frequency switching would reduce the cost of importing such stable and efficient transistors required in power electronics. 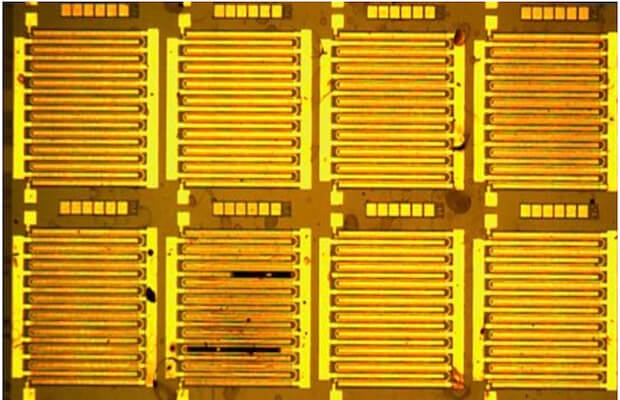 Power electronic systems demand high blocking voltage in OFF-state and high current in ON-state for efficient switching performance. Specific transistors called HEMTs made of aluminium gallium nitride/ gallium nitride (AlGaN/GaN) provides an edge over silicon-based transistors as they allow the systems to operate at very high voltages, switch ON and OFF faster, and occupy less space. Commercially available AlGaN/GaN HEMTs use techniques to keep the transistor in normally OFF state, which affects the stability, performance and reliability of the device.

Therefore, to meet this need, Prof. Mayank Shrivastava, Department of Electronic Systems Engineering, his co-investigators Prof. G. Narayanan, Prof. Digbijoy Nath, Prof. Srinivasan Raghavan and Prof. Navakanta Bhat, from Department of Electrical Engineering, and Centre for Nanoscience & Engineering, and their students, all from Indian Institute of Science Bangalore (IISc), have developed the new kind of HEMT, which is in the OFF state by default and works like any other commonly used power transistor.

Such transistors are called e-mode or enhancement mode transistors. Supported by the Department of Science & Technology (DST), Government of India, under the ‘Make in India’ initiative, they developed the new technology and device architecture using an Aluminium titanium oxide gate.

The developed technology is a first of its kind, which uses a type of chemical called ternary oxide (composed of two different metal ions combined in an oxide matrix or Al, Ti and O), which behaves like material having larger positive charge concentration (p-type material). It does away with intrinsic reliability and performance issues of the in-use industrial techniques for e-mode HEMTs, allowing the development of efficient power switching systems.

The projected overall power device market is set to cross the 18 Billion $ mark by 2020, out of which the market for HEMTs is projected to cross the 5 Billion US$ market. So, GaN HEMTs will acquire a major share of the power device market. With a growing market for electric vehicles in India, such an indigenous development can make India self-reliant for transistor technology.