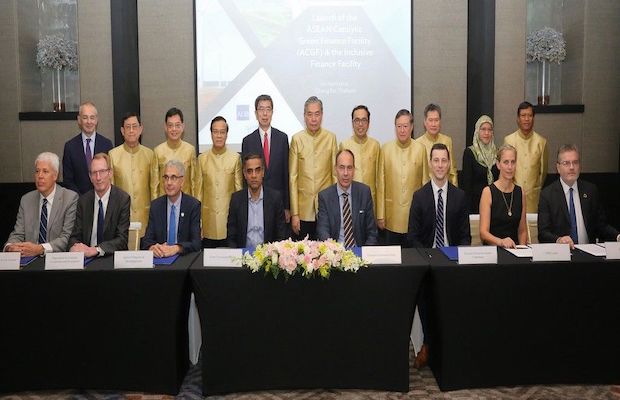 “Through the ASEAN Catalytic Green Finance Facility, ADB will support ASEAN governments in developing green and climate-friendly infrastructure projects that will contribute to fighting climate change, improving the quality of air and water, and reducing environmental degradation across the region,” said ADB President, Takehiko Nakao.

The Organisation for Economic Co-operation and Development and the Global Green Growth Institute will support knowledge sharing and capacity building on green finance. The Overseas Private Investment Corporation has expressed interest in potential financing for emerging projects.

The facility is part of a new “Green and Inclusive Infrastructure Window” under the AIF, a regional financing initiative established by ASEAN governments and ADB in 2011 and administered by ADB. Since its establishment, the AIF has committed $520 million for energy, transport, water, and urban infrastructure projects across the region.

“As ASEAN chair for 2019, Thailand’s vision for financial cooperation is sustainable and inclusive,” said Thailand’s Minister of Finance, Apisak Tantivorawong. “In light of this, the launch of the two new facilities under AIF is timely and much needed.”

Recently, the bank announced that it had inked an agreement to invest $50 million in Noida-based solar energy project developer Avaada Energy Pvt Ltd to help the company scale up rapidly.