We recently caught up with Viraj Gada, the India Representative for GOGLA, the global body for the off grid, and distributed solar industry. India is a key market worldwide, with the highest off take of solar products. And firms that have pioneered innovative sales and distribution models. Here’re a few answers from that interaction.

Q. We recently saw Simpa, a key off grid player being acquired by a global giant. Does this signal a trend or is it a one off? Also, will it attract more funds for the sector? 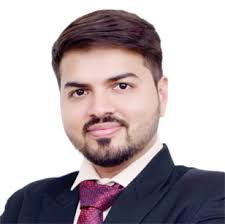 This is definitely the beginning of something because this is not the first deal that Engie is doing. They already had acquired Phoenix International in Africa. So, we see this as a trend and the start of something big where even the utility companies are looking into this sector and looking at the scope for this sector. So, we are very excited about this deal and would love to see how this grows.

Q. Kindly tell us something about the thought behind IDEF (India Distributed Energy Forum) and the response.

The basic idea behind IDEF was to have a focused event on distributed standalone solar. It was felt that there was no event in India focused only on this particular niche sector of ours. We either had complete solar sector focused events or we had events focusing on renewable energy in general. So, we thought this is something that was required and this came out of interest and an initiative out of requirement from our members. So, that’s how this entire idea came up. At GOGLA we believe that India has the potential to become a global leader in distributed solar, but there were several things that we couldn’t identify that were missing and we wanted to explore that more through this event.

Q. Do you plan on other initiatives to support your members and market in India?

Definitely! For us this is one of the activities that we are doing in India and we look forward to doing more. We have also figured that it has to be a joint collaboration with several entities. Even for this event, we had FICCI as a supporting partner, International Solar Alliance (ISA) and various other partners also who believed in this concept and believed in this sector and that’s how we want to create more collaboration to make sure that the private sector is able to provide energy access to rural consumers.

Q. The off grid market by its very nature looks like a very unorganized market? Don’t you think that’s a challenge?

Off grid market is a very fast developing market. I would say it’s an unorganized market of organized players. We have a lot of companies who have being doing really well raising multi-million dollar funds and it justifies the business models that are there. But, we felt that there was a need to build a cohesive voice to strengthen the market per se because almost all companies are working in silos there was no cohesive voice among the industry. So, that’s why we as an association have come in and we try to build this. We infact have started an India working group which we plan to strengthen and continue more because we feel that there is a need for information exchange as well as looking at companies to also work together on multiple aspects.