Demand generation of solar power through compliance to the provision of solar RPOs needs to be continued with strict monitoring. The government needs to work on sustaining the confidence level of investors through steady policy of procurement process and ensuring timely payments to the developers. On technical side, grid balancing mechanisms through demand side management or use of storage would require to be worked out through detailed studies of grid networks. In addition, development of manufacturing eco-system would be important to bring economic benefits to the country, believes Dr Ajay Mathur, Director General, The Energy and Resources Institute (TERI), an independent not-for-profit research institute focused on energy, environment and sustainable development. In conversation with Manu Tayal, Associate Editor, Saur Energy International, Mathur shared his views on various issues which the power sector is currently dealing with along with the organisation’s various initiatives in the renewable energy segment. Here’re the excerpts from that exclusive interview published in the Saur Energy International Magazine’s June 2019 edition:

Q. As a leading energy and environment think tank, what is the view at TERI on Solar Energy in India in the coming years? 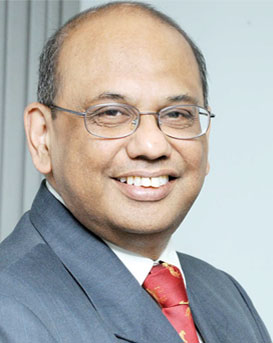 India is a country lying in subtropical region and is blessed with good amount of sunshine for 7-8 hours per day and almost round the year in most locations. With significant fall in solar tariffs during the last couple of years, solar power has become a potent alternative to fossil fuel-based power, especially supported by strong policy push of the government. For solar power, the National Institute of Solar Energy has estimated about 750 GW potential in the country. In the overall capacity installation of 350 GW, solar contributes to over 28 GW capacity, which has been set up during the last 9 years after launch of the National Solar Mission in 2010 by the government. In addition, large capacities are under development including tendering by SECI and the states. Rooftop solar, which has not been keeping pace with the development of utility scale power, is also being driven through comprehensive demand aggregation exercises. Solar and wind hybrid and floating solar options are also attracting attention and are likely to contribute to capacity addition in near future.

Q. In remote areas where grid electricity is still a challenge, can solar power become a permanent solution to this problem? How?

Solar could become a prominent solution if solar based projects, especially the mini grids, could provide electricity not just for lighting but also for running household appliances and for productive use such as irrigation and micro enterprises. With nearly 100% of households now connected to the grid, the challenge is to provide all households with adequate and affordable electricity. Both grid power and decentralised solar projects can together meet the need for cost effectiveness and reliability. In short, the need now is for village-level solar projects to be grid interactive, and be adequate to run all household appliances in a reliable and affordable manner so that customers don’t perceive solar projects to be a short-term solution meeting their basic needs only.

Q. Kindly shed some light on TERI’s Lighting a Billion Lives (LaBL) programme and how solar has contributed in changing the lives of people via this program? Who are the key supporters for this program?

LaBL has impacted around five million lives since its inception in 2008. The programme has been implemented not just in India but also in some of the African centres such as Kenya, Ethiopia, Sierra Leone, and Mozambique, among others. The programme provided beneficiaries with solar lanterns (recharged from solar charging stations), solar home systems & forced draft improved biomass cookstoves, and solar DC microgrids and followed an village entrepreneur based model of service delivery with large percentage of the capital cost of the equipment subsidised. In addition, the programme has also been covering solar-based productive applications, such as solar looms, in Uttar Pradesh and solar based electricity provisioning in schools and health Centre’s in Jharkhand, UP, Odisha, Assam, Meghalaya etc by raising CSR funds from corporates.

Q. We saw how TERI helped Varanasi boatmen to shift from diesel to solar-powered boats. Is there any cost burden on boatmen also? How did TERI arrange funding for such programs?

Q. What is the rate of return on investment for companies who contribute under LaBL programme?

LaBL is a social development programme to provide lighting to rural households and reliable energy for livelihoods to the underprivileged. The companies that support it do so from their CSR funds. As there is no commercial benefit for the companies supporting the programme, they don’t expect return on the funding support.

Q. What is your suggestion to policy makers in order to achieve India’s ambitious targets for solar energy?

Solar energy has reached to this stage of success due to pro-active policy and regulatory support provided by the government through framework of national solar mission. Innovation has been the key word in shaping up the policy in India, whether it bundling of then expensive solar power with thermal power, viability gap funding to make solar power affordable, development of solar parks to ease pressure on finding large pieces of land for scaling up the project capacities, or waiving-off charges for using network of central transmission utility to evacuate solar power from one state to another state. As a result, solar power costs have breached the tariff barriers of thermal power from new plants. Demand generation of solar power through compliance to the provision of solar RPOs needs to be continued with strict monitoring. The government needs to work on sustaining the confidence level of investors through steady policy of procurement process and ensuring timely payments to the developers. On technical side, grid balancing mechanisms through demand side management or use of storage would require to be worked out through detailed studies of grid networks. In addition, development of manufacturing eco-system would be important to bring economic benefits to the country.

Q. In your view, how can energy efficiency be enhanced especially in industries, public utilities and buildings?

There are several energy efficient (EE) technologies such as energy efficient lights, air conditioners (ACs) and refrigerators that are already widely used, and we are seeing a constant upgradation in the energy efficiency of new products as they are adopted. As a result, for example, the average efficiency of ACs sold in 2018 was 30% more than that of those sold in 2007. However, wide-scale adoption has not occurred in EE motors, pumps, EE fans, EE compressors, even though they are already available commercially in the market. The key challenge is that business models are not widely available that can convert the operating savings due to their higher efficiency into benefits that can make their higher capital costs acceptable to users. The Energy Efficiency Services Limited (EESL) has enabled the large-scale introduction of higher cost, higher efficiency light bulbs into the Indian market through an innovative business model. We need many more EESLs. In addition, capacity building of the staff (engineers, supervisors and operators) on best operating practices (BOPs) of energy intensive equipment is equally important in realising energy savings. Such training should be given ‘hands-on’ at the premises of the plant after the energy efficiency studies or during implementation.