Artha Energy Resources is India’s first and only Renewable energy focused Investment Bank. Since its inception, the company has done 800 million USD worth of Mergers and Acquisitions. It houses three main divisions viz. 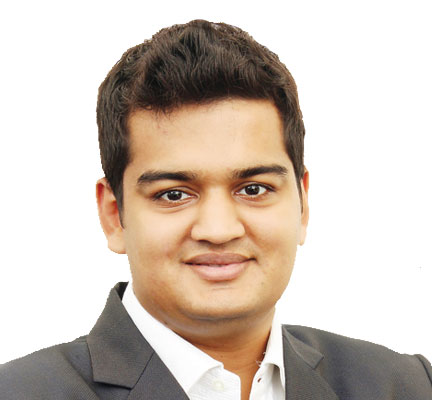 a. Investment Banking division: Deals with mergers and acquisitions of operating renewable assets that have government PPAs.

c. Tech and Research division: Focuses on tracking the performance of individual power generators and power consumers in the country. The database covers information on 90% of the installed renewable energy assets in India and over 100 GW of power consumer data of the country.

This database is one of the key resources and feeds the Investment banking and Solar engineering divisions. It helps in various purposes, one of which is advising large electricity consumers on how they can reduce their electricity bills. In the future, Artha plans to monetize this database as well as work on building an on-demand asset management system that is entirely automated. This will help reduce the breakdown of any operating renewable asset and maximize its yield.

Q. What is the client base of Artha Energy Resources?

Artha Energy Resources caters to owners of wind turbine, solar plant or hydropower plant having a government PPA. The client base also includes anybody who pays a monthly electricity bill of more than 3 lakh.

Q. Till date how much cumulative amount AER has pumped into the Indian renewable energy market?

Until now, Artha Energy Resources has done over 800 million USD worth of mergers and acquisitions in the South East Asian & Indian renewable energy market.

Q. As an investment banker, what future growth prospect you see in the Indian renewable energy market?

I strongly believe that the pace of deals for 100MW + IPPs (independent power producers) will be reduced as many of the deals have been struck already and the next set of deals will only happen after a gap.

Future growth prospects for the small and medium sized IPP is that they are attracting takeovers. Retail investors are finding the minimum investment in government auctions out of their reach which is keeping them away from the government power project auctions.

There is stiff competition in the sector, weak bond markets, strong preference for low tariffs and high debts which overall result in the rise of mergers and acquisitions. The wave of consolidation is ought to take over on the market as most of the renewable asset owners having less than 5MW are looking for exits.

The Government discontinued the 80-IA tax holiday which led to the disappointment of solar & wind power developers. Also, the reduction of 80% accelerated depreciation to 40% and addition of no new incentives or subsidies have all driven away the interest of Indian HNIs from investing in this sector.

Although Ministry of New and Renewable Energy (MNRE) has been coming out with new subsidies to spur rooftop installations, the reduction in AD and curbing tax benefits thwarts the momentum in rooftop solar.

I would like to suggest the Government develops a model wherein investors can setup a solar plant on the roofs of willing industries and commercial establishment.The solar electricity bill from these plants can be tied up with the electricity bill that comes from the utility companies.

Reason being, the consumers always pay their electricity bill in the fear of their electricity being cut off and combining both these bills will ensure they also pay the investors’ money that has been put into installation of the solar plant.

This will attract investor interest in the industry and will open the solar market for domestic HNIs. Moreover, companies with weak financials and those facing constant liquidity issues will start getting large range of investors to fund their solar installations.

With such a payment security measure incorporated by the government, the market for rooftop solar will explode. This investment will be beneficial in installation of smart grids and prepare the country for the future in renewables.

Q. AER also own a wind energy plant in Rajasthan. Please tell something about it.

Artha India Ventures, the family office of Ashok Kumar Damani, Ramesh Damani, (both ex-Directors of Bombay Stock Exchange) and Anirudh Damani, (a 4th generation entrepreneur who has an experience of working in the energy sector in both, the US and India) made their initial investment in purchasing a windmill in Rajasthan. This windmill generates an 18% IRR that is consequently invested into early stage startups through the family office, currently headed by Apurva Damani.

These startups require copious guidance and a small amount of capital to survive the initial period, where expenses exceed income. That is where AIV offers its network, mentorship and the initial capital, generated by the windmill, to help build these businesses.

These investments mature over a period of 4-5 years, and yield a 60% IRR, the profits of which are used to procure more energy assets and run the renewable energy IB at Artha Energy Resources. These assets increase the cash available for AIV to invest in startups, and the cycle goes on. Over a period of 3-4 years, AIV has a developed an impressive portfolio of 57 startups.

Within just 2 exits the entire system has become self-sustaining. It has created tremendous value for the startup ecosystem and environment alike.

Q. In your opinion, how the DISCOMs can curb their losses?

Although the amount of losses the DISCOMs are facing are not easy to be recovered, below are a few ways in which they could be reduced:

a. Burden of subsidies DISCOMs provide (to consumer) must be taken away. The subsidies should be borne either by Central or State government.

b. Power losses result from either of the two reasons. One, transmission (natural) loss and two, theft i.e. AT&C loss.

c. DISCOMs should promote the installations of rooftop solar. Being a decentralised model, the infrastructure cost and transmission losses will be lower over the long term. In fact, to encourage DISCOMs to promote rooftop, MNRE announced a scheme that provides subsidies to DISCOMs if they promoted rooftop solar. This scheme promises to provide a performance based financial support to DISCOMs which is designed to accelerate the deployment of rooftop solar projects within the DISCOMs’ distribution areas and make them the sole implementing agencies. Since there will be a cost burden associated with becoming an implementation agency, the scheme states that the DISCOMs will be incentivized for every MW of solar added in their distribution networks. MNRE is proposing to provide a total of ₹234.5 billion (~$3.66 billion) in CFA and incentives to DISCOMs to implement the next phase of the rooftop solar program. But there has been reluctance from the DISCOMs in implementing this due to potential revenue losses.

d. Another important step the State government can take is letting the transmission, distribution and billing parts of electricity sector being opened up for everyone to participate in. Take for example, the telecom sector- letting the multitude of private players enter the sector has not only benefitted the government with higher tax revenues while reducing its losses but it has also made the sector quite efficient and streamlined. Although this is a distant dream for the renewable energy sector, it can be one of the best possible options to curb DISCOM’s losses. The state monopoly and bureaucracy in the energy sector needs to be completely eradicated in order to ensure the losses are reduced.