Home » Blog » Why Emmanuel Macron’s Visit to India is Significant to Solar Sector?

Why Emmanuel Macron’s Visit to India is Significant to Solar Sector?

Emmanuel Macron will be among the VVIPs from various countries, participating in the event to be organised at the Rashtrapati Bhavan Convention Centre on Sunday. 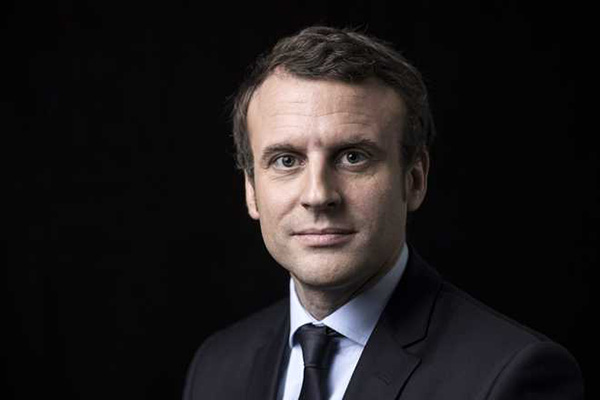 French President Emmanuel Macron’s visit to India is seen as a significant development for India’s solar sector in various contexts. Macron’s tour to the country is happening at a time when India is aggressively shifting towards green energy.

The International Solar Alliance, the founding conference is being co-hosted by India and France to promote solar energy. The Summit will discuss various projects being prepared by different countries in areas including rural electrification, off grid solar, water supply and irrigation. The key goal of the summit is to make available solar energy at an affordable price, create solar grids and establish a solar credit mechanism.

Emmanuel Macron will be among the VVIPs from various countries, including Australia, UAE, Niger, Gabon, Seychelles, Ghana, Rwanda, Fiji, Bangladesh and Sri Lanka participating in the event to be organised at the Rashtrapati Bhavan Convention Centre on Sunday. 23 heads of states senior country representatives have confirmed their participation so far in the First ISA Summit.

At the global level, India and France shared a mutual cooperation on multiple fronts. At Davos, Macron, in an indirect reference to Trump’s policies issued a “call to all and everyone of us” to push back against protectionist and nationalist forces. Macron values the WTO. Both the country leaders – India and France have common ground on protectionism and WTO’s importance, which we should consolidate during his visit.

Also, France has valued the independence of India’s foreign policy. French leaders have been honoured as many times as chief guest at our R-Day celebrations. The understanding and cooperation on other issues including terrorism have been trust-building between the two nations.

Back to India’s clean energy sector and especially the launch of ISA, India’s brainchild, it was also jointly initiated by France and by Prime Minister Narendra Modi at the 21st Conference of Parties (COP21) meeting held in Paris in November 2015. The Alliance is to be a coalition of 121 countries whose territories lie between the Tropic of Cancer and the Tropic of Capricorn — the ‘sunshine countries’.

Though technically, the ISA became a treaty-based international body on December 6, 2017, however, March 11 is when the Alliance will be given flesh and shape. So far, 21 governments have ratified the Alliance and the others are expected to do so in the coming months.

Now with Macron’s visit, India will step its outreach to global leaders to project country’s global role in a major development related initiative.