Is Trump’s Tariff a Big Deal For Solar Industry ? 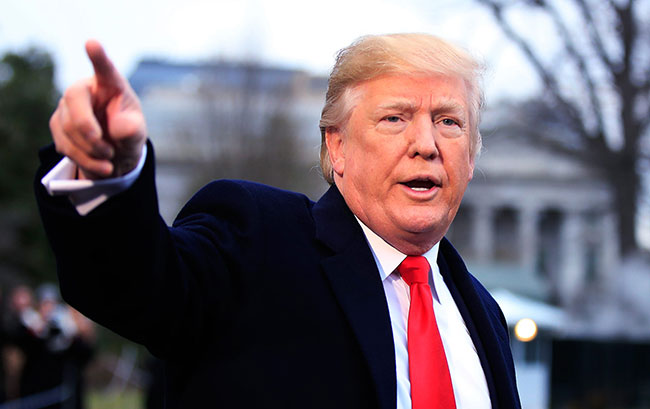 Since US President Donald Trump made the announcement to impose 30 percent tariffs on imported solar panels, it has raised huge concerns in the solar industry.

The latest move came after the U.S. solar manufacturer, Suniva Inc asked the U.S government to establish import duties on cells and panels in last April saying it had suffered “serious injury” from a flood of photovoltaic products from outside the U.S. It was followed by another company SolarWorld AG, saying it was looking to “restore fair competition in the U.S. market.” This eventually led the U.S. International Trade Commission to recommended tariffs of as much as 35 percent to the Trump administration.

Winners include First Solar Inc., a U.S. solar company that makes some of its panels domestically. Marathon Asset Management and Bank of America’s Merrill Lynch International are some of the predators lurking in the financial swamp of creditors who might possibly benefit from the new tariffs.

It is pertinent to mention that tariffs were placed on specific Chinese solar cells and solar panels in 2012 by the Obama administration that hit the Chinese solar industry with tariffs even higher than the one just announced by Trump. This time the biggest losers with the latest move are the Chinese equipment manufacturers including JinkoSolar Holding Co. and JA Solar Holdings Co., U.S. rooftop solar installers and renewable energy developers.

According to the Solar Energy Industries Association, it has projected 23,000 job losses this year in a sector that employed 260,000 and warned that the tariffs would delay or eliminate billions of dollars of investments in the sector. The Bloomberg New Energy Finance predicts the costs of large solar farms may rise by less than 10 percent.

Solar tariffs — which would help US solar manufacturers but hurt consumers of solar power — could be another way for Trump to delay the day of reckoning for his favorite industry. However, solar panels have become so cheap that they now account for only between a quarter and a third of the cost of solar electricity.

It could be a protectionist move, or it could be designed to hurt renewable energy and protect the dying coal industry. But whatever the reason, the consequences probably won’t be severe. The solar revolution is happening so fast that the tariff will make little difference.