Overall, the Union Budget 2018 is average but still, the government can focus to solve problems faced by industry players in the current year so that India can fulfill its green energy ambitious goals on time. 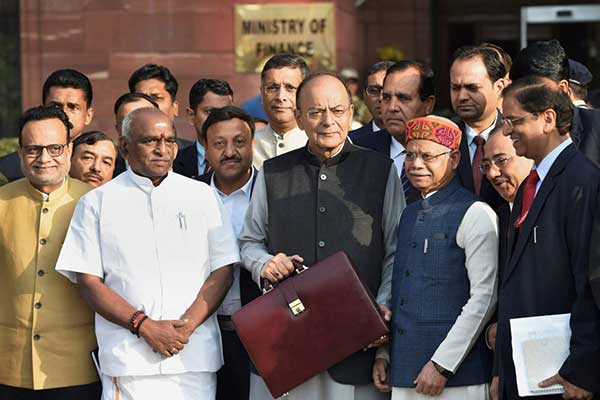 Finance Minister Arun Jaitley rolled out its much-anticipated Union Budget 2018-19 in parliament on 1 February 2018. With national polls to be held in 2019, this was the last budget of Modi government and was expected to be historic by experts. However, the new budget has failed to meet the expectations particularly for the renewable energy sector, also expressed by the industry players.

Though government has some brought some relief for domestic solar panel manufacturers by eliminating the duty on tempered glass, the budget made no announcements like subsidies or grants for the Ministry of New and Renewable Energy (MNRE).

The budget has allocated Rs 2.17 billion (~$34 million) to Solar Energy Corporation of India (SECI) under the internal and external budgetary resources. Arun Jaitley in his budget speech mentioned the roll out of rooftop PV in India’s Smart City plans, for which 99 cities have now been selected.

The National Democratic Alliance (NDA) government also plans to offer incentives to farmers to shift from diesel pumps to solar power pumps to irrigate crops. In his speech, Jaitley said, “Many farmers are installing solar water pumps to irrigate their fields… Government of India will take necessary measures and encourage state governments to put in place a mechanism that their surplus solar power is purchased by the distribution companies or licensees at reasonably remunerative rates.”

Modi government was pressing hard in the past few months to uplift India’s green energy sector that is plagued with problems, particularly in the domestic market. This is why industry players had high expectations from this budget and were hopeful government would introduce slew of measures, however, it turned out to be disappointing and others evoked mixed responses.

Vikram Solar, one of India’s leading solar panel manufactures slammed Arun Jaitley for not taking steps to create an eco-system in combating climate change and expressed dissatisfaction with the latest budget. According to Gyanesh Chaudhary, MD, and CEO, Vikram Solar the Budget 2018-19 is not very encouraging for the renewable and solar energy sector. “The government has missed out on a major opportunity to take a lead towards combating climate change,” Chaudhary said.

Echoing similar views, Gagan Vermani, Founder & CEO, MYSUN lashed out at the government for ignoring solar sector. “So eventually the ‘election year’ has taken the shine away from the ‘Sun’, Vermani commented.

However, other players hailed the budget and are hopeful government to promote clean energy, access to power and energy security initiatives. Welcoming the budget 2018, Eastman Auto & Power Ltd. stated, “it is a people budget.”

Indian Energy Storage Alliance (IESA) has stated Finance minister has made a welcome move by stressing on building a strong infrastructure both for Roadways, Railways, and Smart Cities.

Gensol Group hailed the government for highlighting measures such as emphasizing farmers for using solar power for pumping and irrigation purposes and eliminating the proposed 6 percent excise duty on solar tempered glass.

Overall, the budget is average but still, the government can focus to solve problems faced by industry players in the current year so that India can fulfill its green energy ambitious goals on time.